So apparently Kate Moss's younger half-sis Lottie has been signed with Storm. I find her pretty, but she's really short, only 5'5 (165cm). Here's her page on Storm website: http://www.stormmodels.com/LottieMoss.html?boardId=1007

She'll always be known as "Kate Moss' little sis" and she's short. She is pretty though.

She's pretty but she's short and could stand to lose a few pounds.

BellaNicole said:
She's pretty but she's short and could stand to lose a few pounds.
Click to expand...

Yes! A 26" waist at that height is really too much. I think she's just been signed as a novelty, has an absolutely lovely face though.

I mean, she could totally do glamour. Or like, commercial work.

I like these two. She looks taller than 5'5 (I'm gonna assume that has something to do with her shoes). But she needs to lose if she wants to be taken seriously.
14 lb should do the trick.

she looks a bit like Mischa Barton in some pics.
Reactions: 1 user

She recently shot a Calvin Klein feature that has drawn comparison to Kate's early work with the brand... i.e. no comparison.

I've ordered them from best shot to the most 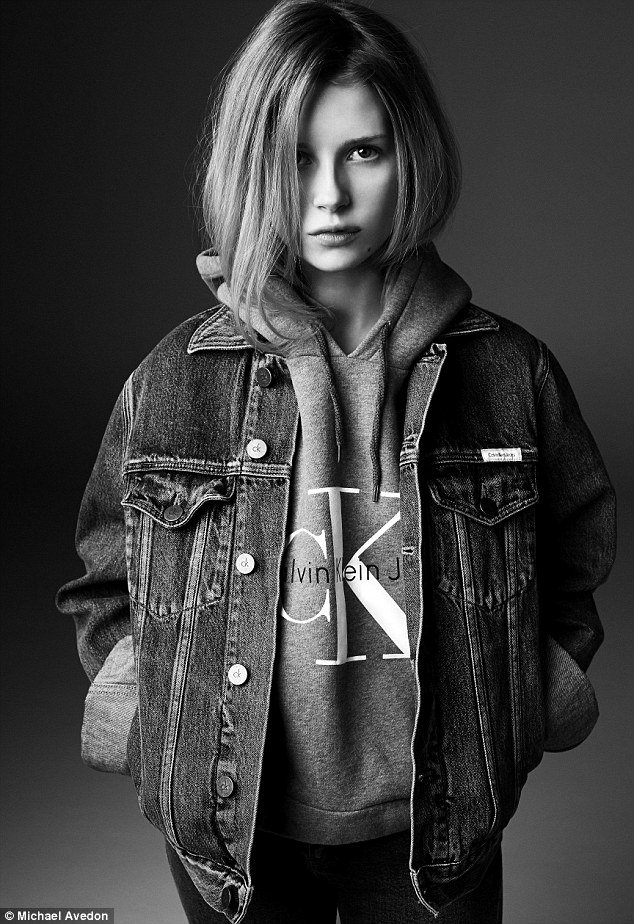 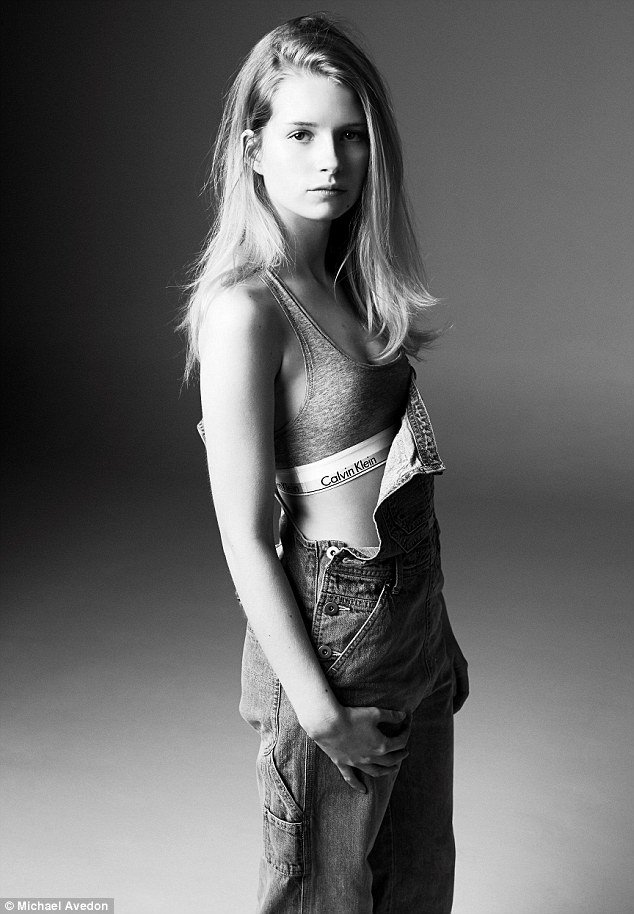 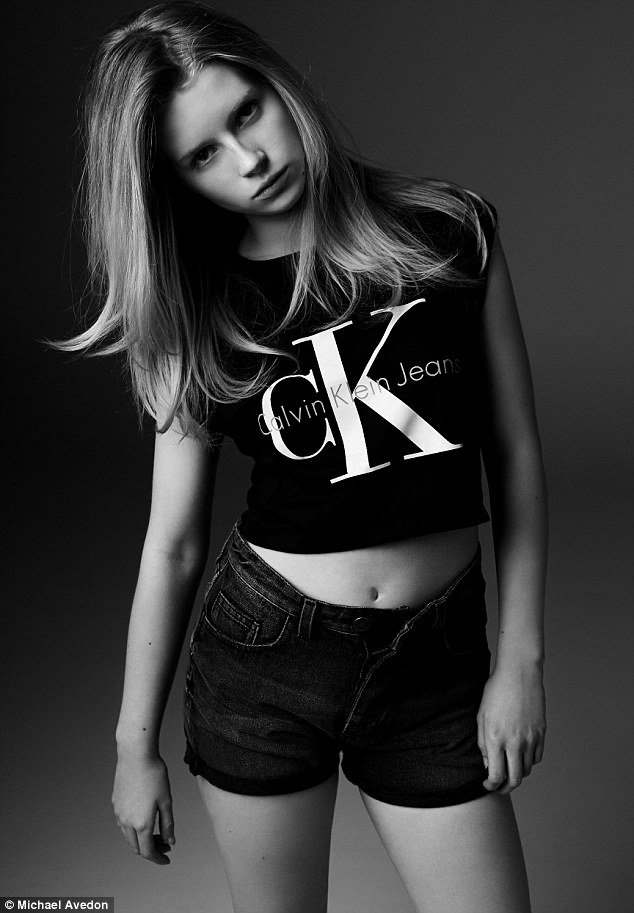 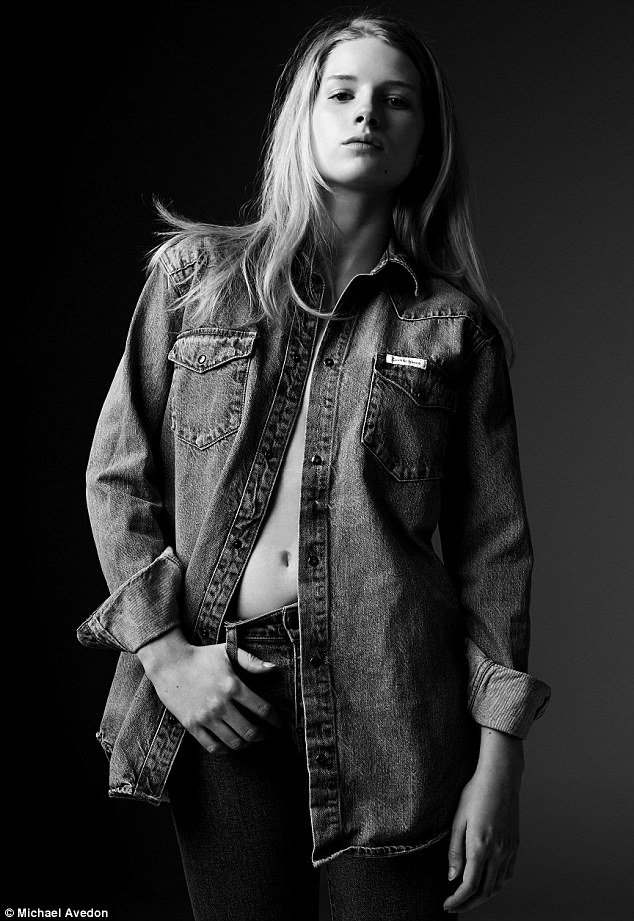 I actually really like that first shot.. but in an 'initial test shoot in a model's career' kind of way - not as a big brand feature - which is what I think they SHOULD have done with her. Booked her a few more tests before launching her and built her confidence and style up to a more impressive level before plastering her all over the media. Poor girl doesn't have any chance to make a big impact now. Just some watery images and a brick wall of comparisons. 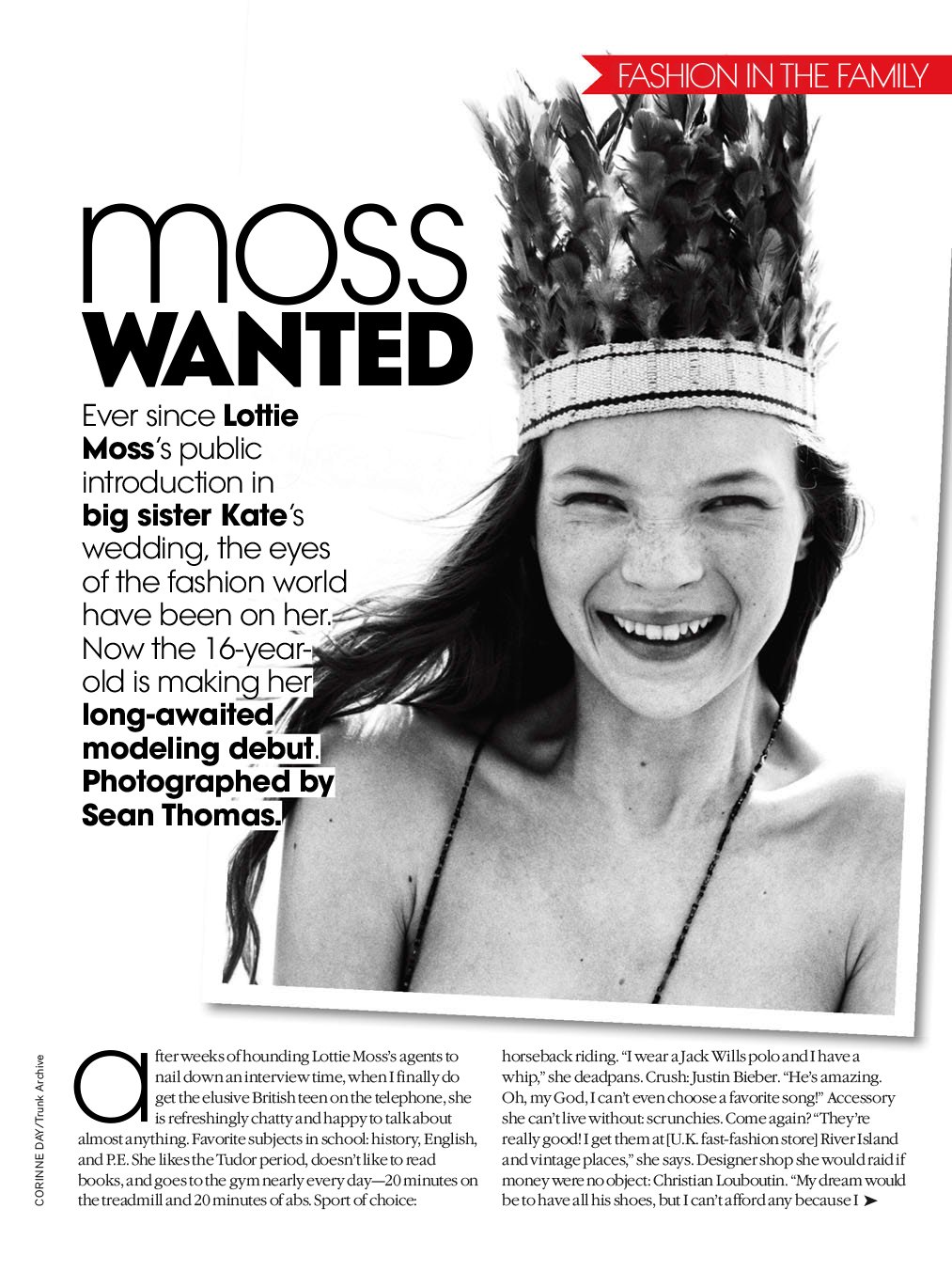 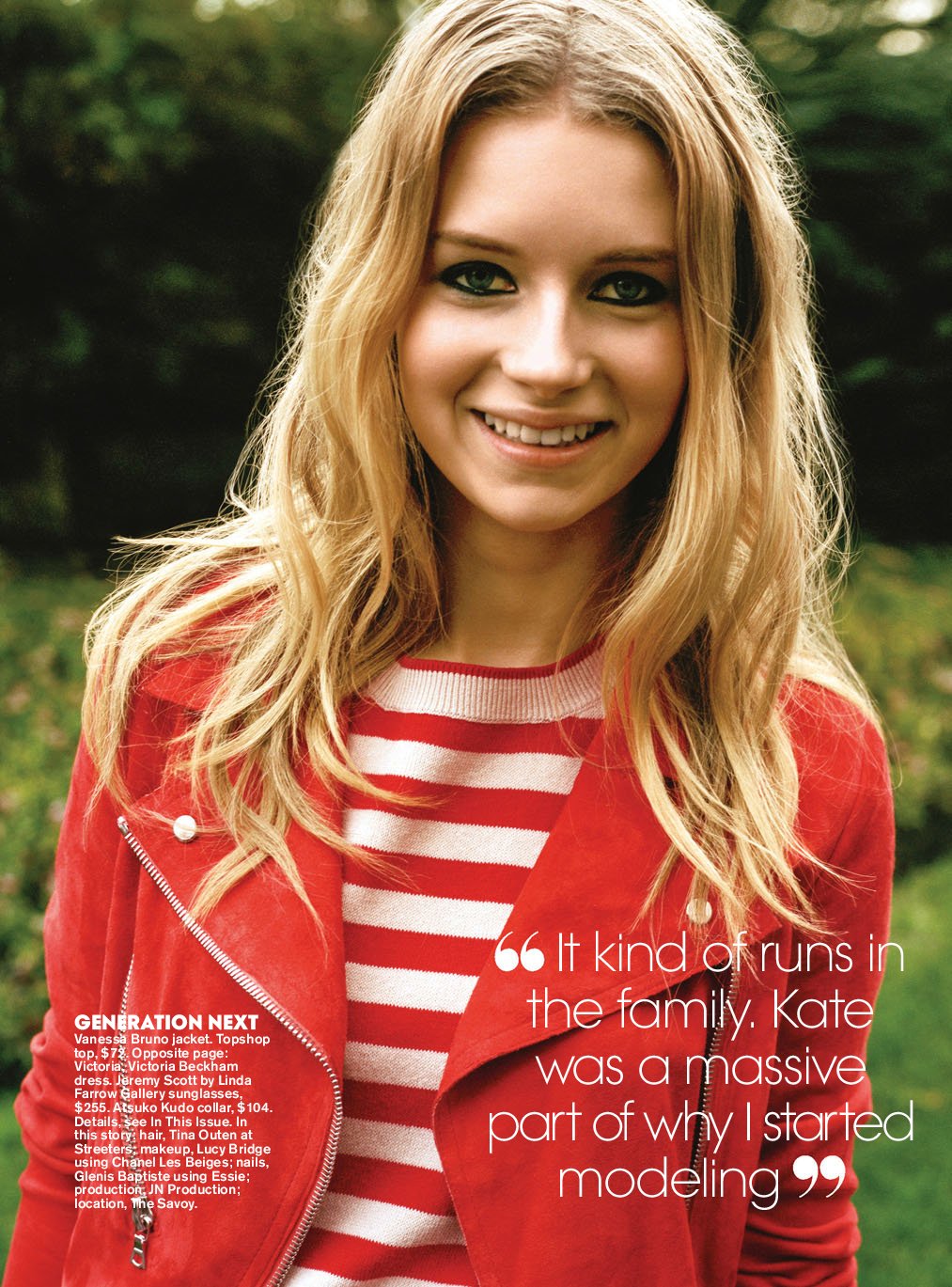 She is pretty, but loosing some weight would do her good.

Nope
Fame by association
Not impressive at all - face or body. The only thing that will get her anywhere is her name...
Reactions: 1 user

There is nothing engaging about her at all. She's pretty, not enough to have gotten anywhere in modelling without that four-letter surname, but with a shining personality and some spunk she could nonetheless have made up for looks with character.

Unfortunately Lottie doesn't seem to have any of that; the quiet appearance that lent her some mystery in Kate's wedding photos has turned out to in fact be a chronic passivity that overwhelms every photo. There's just nothing to her that shows through in her shots. She's like an empty mannequin somebody's posed for the photos - no matter the pose, her eyes remain empty. For dog's sake girl at least fake some energy and enthusiasm, would you?!

"Kate was a massive part of why I started modeling"... No shit, honey. No shit.

Whippet Girl said:
She's like an empty mannequin somebody's posed for the photos - no matter the pose, her eyes remain empty.
Click to expand...

You know, I've worked with a couple of 'famous by association' girls who are more or less on par with Lottie in terms of status, and they all have this issue. It must be an 'I don't need to work for this' thing. Always frustrating.

I've shot eastern european 14yr olds who have just been signed to major agencies and they're SO determined and have such incredible range and really make an effort to come alive in front of the camera. Followed by kids in their late teens with parents who are household names, and heiresses and 'it girls' in their early 20s - and they all suffer from empty eyes. Always so much effort to try and drag it out of them. The greater their influence (or family's influence), the harder it is and the more soulless they appear I've found.
Reactions: 2 users

I think she has a really pretty face but she needs to lose weight and work on modeling in general. I didn't realize she was 5'5" though so really her career is 100% based on being Kate's sister (I mean I already assumed it was but this drives the point) so maybe working on her modeling is kind of a waste of time because I feel like unfortunately with her height she isn't getting anywhere anyway
K

Nah... dead eyes syndrome. It's a pity, her face could be beautiful but she lacks emotion.

And yeah, she's short. And a bit stumpy, especially in the Calvin Klein ones.

I kinda like the first polaroids, her face seems nice but not stunning or anything. And the CK ones are horrible. She looks short (I'm 5'5 too omg) and fat literally everywhere.

For me she's just uninteresting, and she can't pose. There's nothing there that draws the eyes. Family connections can get you in to the industry, but they're not going to keep you there unless you work at it. I hope she realizes that and gets down to business.
Show hidden low quality content
You must log in or register to reply here.
Share:
Twitter Reddit Pinterest Tumblr WhatsApp Email Share Link
Top Bottom