I read that there will be no season 7 of Gossip Girl, does anyone know more about that?
If it's true, i'm going to miss that show....i kind of got used to the characters.

As hit US TV show Gossip Girl comes to an end, star Chace Crawford is contemplating life away from New York, declaring when the series is over he is going to go away and “cry”.

Television executives have confirmed the 11-episode sixth season will be the last from the show which follows the fictitious lives of Manhattan’s elite.

“It’s weird to see the end in sight,” Crawford said.

“It’s bittersweet. We have this whole family and it’s kind of a scary time in my life because I’m going to have to like move… Moving in general is the most scary.”

The end of the series means a potential move from New York for Crawford, who is not looking forward to finding a new place to live.

The actor added: “I hate moving, it’s the most stressful thing but I’m probably going to move back to LA and, you know, just cry!”
Click to expand...

I always thought the show was a letdown honestly. I have a book by the stylist Eric whathisface but imo GG has had no real cultural impact, so sad.
Reactions: 1 user
J

They have one more season left, right?
Reactions: 1 user
S

Jane said:
They have one more season left, right?
Click to expand...

According to youknowyouloveme.org "Gossip Girl will be returning for it's 6th and final season this fall."
Reactions: 1 user
J

Skinny2012 said:
According to youknowyouloveme.org "Gossip Girl will be returning for it's 6th and final season this fall."
Click to expand...

Eh, I think it's time for them to wrap it up. The only taboo left to be broken at this point is Chuck and Serena but I don't think that will happen. I'll miss the fashion but honestly I just think they can't figure out what the hell to do with Serena anymore, she's become progressively more irritating this season. I guess we'll see where it ends up but I'm ready for it to be over because some of their bad decision making (SERENA!) makes me ragey.
O

I am sad I love this program! Must buy a box set hehe
Reactions: 1 user

Its way sad because I love that show but I do understand that all good things must come to an end. I just hope that Blair and Chuck end up together or I will not be a happy camper.
Reactions: 1 user
W

Agreed. Blair and Chuck belong together.
Things are not looking so good for Serena.....
Reactions: 1 users
L

I'm wondering if they will reveal who GG really is or not?
Reactions: 1 user

lushhearts said:
I'm wondering if they will reveal who GG really is or not?
Click to expand...

It will be weird when Kristen Bell pops out going 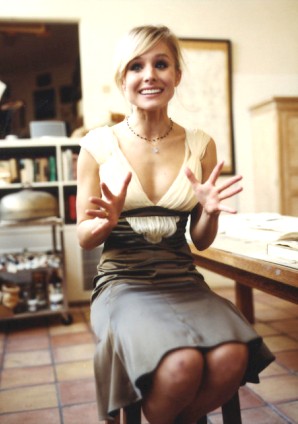 I've never watched this show but I work with one of the actresses dad. Jessica szohr? I don't know what he'd name is on the show lol I just know her dad.

I love GG and I'm sooo very sad this is their final show I would think they would reveal the real gossip girl for the last episode.. I would also assume Chuck and Blair would get married (or at least I hope)
Anyways, definitely sad about this. No other show really compares to it.

Watched it since season 1! My favourite show. I'll be so sad when it ends next season.
If Chuck and Blair don't end up together at the end, I will be SO upset!
C

SugarFree said:
It will be weird when Kristen Bell pops out going

SugarFree said:
It will be weird when Kristen Bell pops out going

Yeah and she's really Veronica Mars all along!
E

I can't wait for the new season!!! I miss my weekly Chuck Bass fix *drools*

It's a little disappointing to see that it's ending... since I don't even watch it (not since a few episodes the first two seasons). I appreciated some of the outfits people share from the shows

Anyone else love "Sage" on the recent episodes of GG?? she's tiny! (and adorable)
N

Am I the only one who was disappointed when the identity of gossip girl was revealed?

Nala said:
Am I the only one who was disappointed when the identity of gossip girl was revealed?
Click to expand...