GAH! Is anyone else here tired of this chick? Her personaity on Victorious makes me wanna strangle her. And don't get me started on that innocent childish voice she makes.

Maybe I'm so tired of her because I'm surrounded by idiots that like her. There's a guy on FB thats constantly liking her pictures so they always show up on my news feed. AND I have a family member who changed his hometown to LA on his fb and twitter. He adds EVERY fake profile of her's and talks to all of them because he has delusions of meeting her!

I can honestly say that I think something's not right with him. He's obsesses with her. Even said he wants to finish high school in LA.

And well idk alot of people are saying that she's so beautiful and shit. Personally I dont think she's anything special. She wears a ton of make up, and her average features are greatly enhanced by it. Love red hair, but on her I think it looks ridiculous. By our fat American standards I would say her body is ok. I'll give her that. And like i said before, she tries to put on this bubbly cute personality that grates on my nerves.
What do you guys think?:hmm: 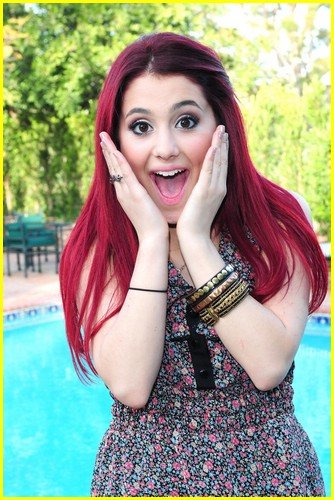 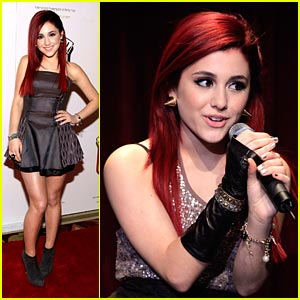 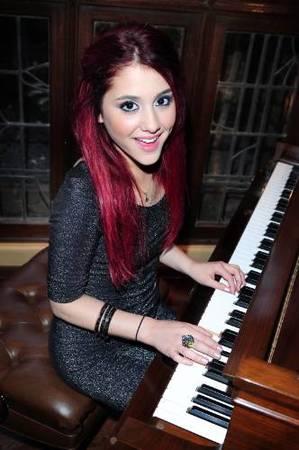 I don't know a lot about her, but even these pictures annoy me. I hate when women act like toddlers to get attention
E

Gurlll you have no idea . You only need to watch her act for 5 minutes on that trainwreck they call a show and you will know exactly what I mean
L

Thank you! I cannot stand her! Her fans are very annoying too. They are always bashing Victoria Justice for not being as talented vocally. I like Victoria and Grande is a better singer but Victoria has been working for a lot longer to get to where she is- not to mention she's a thousand times nicer!
Although the show Victorious is...eh...
In my opinion Ariana Grande has always seem very self-obsessed, she appears to think she is better than everyone else but wears this fake sort of sweet, humble act.
The start of this video makes me cringe, the fakeness is overwhelming.

Found this in a confessions site: 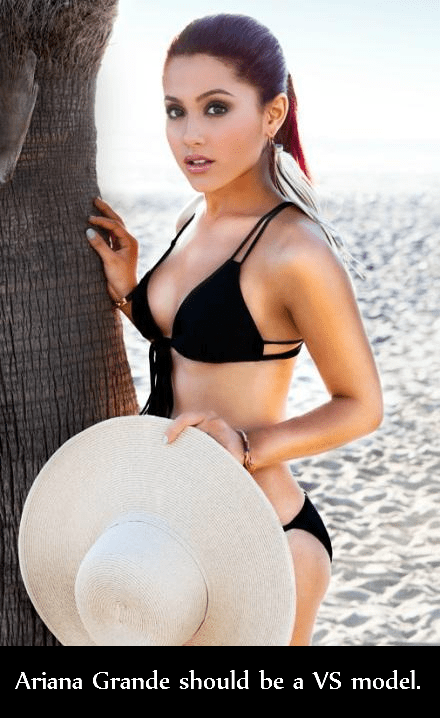 What the fffff…
She’s, like, 5”2, has a plain jane face and her body’s way too chubby (by industry standards) to be a model. Absolutely not model material. For an actress/singer she’s fine, but keep her off the runway.

She has an amazing voice! I heard her duet with Elizabeth Gillies...I don't remember the name of the song, but I thought their voices complimented each others' very well.
E

I think she is very facially beautiful - she even resembles Jessica Alba. I just wish she wore less makeup (mainly dark lipstick) and would stop dying her hair weird colors! Also, she does have a tiny xylophone (although I think that's mainly from her being more flat-chested naturally). And she looked thin at the Breaking Dawn premiere. Good for her! 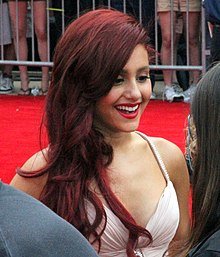 diamondsjoyandcharm said:
Found this in a confessions site:

I am DONE with this chick. It's beyond annoying how she tries to act like her character on that GOD AWFUL show . Same here when it come to being around people who like her
I used to like her but now... it's like she's trying too hard, you know?
If I have to say anything positive about this girl is that she has a nice singing voice and I like her dimples. That's it.
Her body is average but getting to the overweight status.

I don't get the hype around her at all. I had no idea who she was until a little while ago. I am always hearing about guys who think she is super hot, and I just don't get it. She's pretty, sure, but nothing extraordinary.

Hmm just googled her. She's 19, but looks younger to me. I'm 19 but for some reason she looks younger, I can't explain it. Maybe the fact that she's on a children's show.

Also, if she didn't have red hair, no one would notice her. I can pretty much guarantee that. She is too boring without it.

Her voice is AMAZING.

I can't believe she can hit the whistle register. I heard that Mariah lost her voice for a few days after she finished recording this song. This is a really great cover of Emotions by Mariah Carey.
http://www.youtube.com/watch?v=UjzENV7rhhI
M

Her voice is amazing! It's just too bad that her personality doesn't really match up. She just seems really stuck-up.

She's very pretty, but the ruins that with awful make-up. She's a bit chubby, but she's also super-short.

Babydoll said:
Found this in a confessions site:

What the fffff…
She’s, like, 5”2, has a plain jane face and her body’s way too chubby (by industry standards) to be a model. Absolutely not model material. For an actress/singer she’s fine, but keep her off the runway.
Click to expand...

Well, with this much bad photoshop even I could be a VS model

Its so dumb when people take one flattering shot and say a person should be a, model. A pretty face doesn't make a model.

Vs Models have to look good in action- walking a run way, from every angle. Including the more unflattering from-lower-vantage-point. That is MUCH less forgiving than an actress' photoshoot, where they will work angles to make the actress body look better and photoshop. A model is expected to need minimal photoshop- an actress, particularly a singer, can "get away" with needing photoshop.

This picture reminds me of Nicki Minaj. Not a flattering comparison.

She looks like a 14 year old student of mine. Though she keeps her make-up MUCH more neutral, only mascara... She has very dark hair, almost black and the same dimples. And well as a 14 year old, she has an amazing style. Simple, quite dark... I think this girl would look better that way.
I cannot say anything for her being annoying, I don't know the show - but I liked the Mariah Carey cover. Having grown up with a lot of MC in the 90

So, I think she looks slimmer in her new video with Mac Miller...

It's also super catchy. Dammit, I am trying so hard to not like her.
F