Oh god, I can't wait to see the movie!

I read the book and it became one of my favorites.

It's wonderfully written, all the emotion and the portrayal of the Roaring Twenties! I fell in love with Gatsby, his character is just so mysterious and interesting.

I find it sad that Leonardo DiCaprio acts Gatsby because I imagined him completely different, Leonardo would be a much better Nick than Gatsby but whatever. I love Leonardo, so I think he will do his job as good as he can.

I hope the movie won't let me down. It would be a shame if the movie version is a complete failure because the book is just wonderful.

Oh man I'm sooo excited for this movie! The costuming and set look amaaaazing! Even if the rest of the movie sucks, it might be worth watching just for the eye candy. But I'm pretty sure the whole thing will be awesome.

I'm pretty freaking excited for this movie! I just read the book and it was great. The costumes look awesome and I'm excited to see what they have done with the movie.
G

The whole style is amazing and I'm sure the music will be great as well.
X

@xandraworld Thank you for your recommendation! It sounds very interesting, I will definitely read it!

I'm so excited to watch it too because I loved the book, the cast is amazing, I can't wait to rant on what a bitch Daisy is and...

Gemma Ward is in the movie!

I'm very excited for the movie! Ive read the book a couple of times.. It's just timeless. I can honestly say.. Im sad to see Robert Redford being replaced! Have any of you seen the original? I remember seeing it back in high school and I was sooo gaga over Robert Redford. Wow he is good looking.. Plays gatsby perfect
E 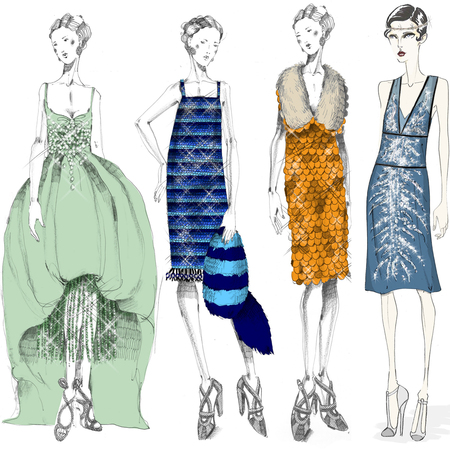 SO EXCITED!!! It seems so badass and perfect and DiCaprio couldn't be more perfect for Gatsby
Reactions: 1 user

The Great Gatsby - For NES:

Also Carey Mulligan looks absolutely GORGEOUS as Daisy! She seems to have lost weight for the role, you can really see it in her face especially. She had to do it to get that flawless look.
U

The movie doesn't do the book justice! Actually I think the movie is horrid.

ETA: Wait, are they doing it again? New movie? I should really read the entire thread before posting I was like "Leonardo?? He wasn't in it? Oh well, probably a typo..."

Hazel123 said:
Also Carey Mulligan looks absolutely GORGEOUS as Daisy! She seems to have lost weight for the role, you can really see it in her face especially. She had to do it to get that flawless look.
Click to expand...

This is the one aspect of the movie I'm not buying. She's such an excellent, excellent actress, and I think she can give off an appropriately tender/vulnerable/naive but at the same time callous/trivializing/haughty air, but she's just incongruent with the beautiful, ephemeral, not-of-this-world Daisy I have in my mind. The Daisy from when Nick first lays eyes on her on the Gold Coast:

"A breeze blew through the room, blew curtains in at one end and out the other like pale flags, twisting them up toward the frosted wedding cake of the ceiling -- and then rippled over the wine-colored rug, making a shadow on it as wind does on the sea. The only completely stationary object in the room was an enormous couch on which two young women were buoyed up as though upon an anchored balloon. They were both in white and their dresses were rippling and fluttering as if they had just been blown back in after a short flight around the house."

NONETHELESS. I saw the long preview for this when I was in the theatre this weekend for Beautiful Creatures (never thought I would admit I actually saw THAT movie but it was actually strangely charming) and I peed my pants in excitement. Stylized GLITZ. GLAMOUR. And so much ART DECO EVERYWHERE it makes me want to squeal in delight.

Also, does anyone know who is playing the hard, tanned little tennis-playing minx, Jordan Baker? I think she is my favourite character in that novel.
X