Deborah Turbeville, who almost single-handedly turned fashion photography from a clean, well-lighted thing into something dark, brooding and suffused with sensual strangeness, died on Thursday in Manhattan. She was 81.

Her death, at St. Luke’s-Roosevelt Hospital Center, was from lung cancer, her agent, Marek Milewicz, said.

Though images like Ms. Turbeville’s — which might include pale, haunted-eyed models in derelict buildings — are practically de rigueur in fashion photography today, they were almost beyond contemplation when she began her work in the early 1970s. She was the only woman, and the only American, in the triumvirate (the others were Helmut Newton and Guy Bourdin) that by wide critical consensus changed fashion photography from sedate to shocking.

Ms. Turbeville, who began her career editing fashion magazines, became famous, Women’s Wear Daily wrote in 2009, “for transforming fashion photography into avant-garde art” — a distinction all the more striking in that she was almost completely self-taught.

Her photographs appeared in magazines like Vogue, Harper’s Bazaar and Mirabella; in newspapers including The New York Times; in advertisements for clients like Ralph Lauren, Bruno Magli, Nike, Macy’s and Bloomingdale’s; in exhibitions worldwide; and in books, including “Unseen Versailles” (1981), a collection of her photos of the hidden, dusty spaces underpinning Louis XIV’s grand palace.

“Fashion takes itself more seriously than I do,” Ms. Turbeville told The New Yorker in 2011. “I’m not really a fashion photographer.”

In mid-20th-century America, fashion photography was about precisely that: fashion. The clothes, vividly lighted, were front and center, with the models chosen for their well-scrubbed, patrician femininity. They looked, as often as not, as if they had just come from tennis at the country club, though reassuringly free of sweat.

Ms. Turbeville’s photos, by contrast, were unsettling, and they were meant to be. In her fashion work, clothes are almost beside the point. In some images the outfits are barely visible; the same is often true of the models, resulting in an elegiac landscape defined more by absence than by presence.

In a de facto commentary on fashion’s manipulation of women, Ms. Turbeville literally manipulated her negatives — scratching them, tearing them, scattering dust on them and otherwise distressing them — to make the finished images redolent of decay. She employed faded color, black-and-white and sepia tones; prints were often deliberately overexposed, rendering her subjects spectral.

The settings were as striking as the subjects. Ms. Turbeville’s photos are awash in ruin: she favored places like grimy, deserted streets, abandoned warehouses and, in the image that nearly 40 years ago horrified the public and cemented her reputation, a decrepit New York bathhouse.

“I can’t deny that I design the background,” Ms. Turbeville told The Times in 1977. “A woman in my pictures doesn’t just sit there. In what kind of mood would a woman be, wearing whatever? I go into a woman’s private world, where you never go.”

By the late 1970s, articles on photography had begun to refer to “the Deborah Turbeville look,” which, as The New York Times described it in 1977, was “not the kind that mother used to admire in Vogue.”

Unlike other world-renowned fashion photographers, Ms. Turbeville rarely shot the famous, though when she did the results could be startling. In a portrait of Julia Roberts published in The Times Magazine in 2004, Ms. Roberts looks so expressively solemn as to appear on the verge of tears.

For the viewer, the net effect of Ms. Turbeville’s work is one of dreamlike, melancholy beauty. Her images exude an almost palpable sense of longing, with questions about the woeful women they depict — Who are they? Why are they so sad? — hanging unanswered in the air.

Her barren settings leave abundant room for loneliness and loss, and the dissolution they contain is a constant reminder of the passage of time. (“I like to hear a clock ticking in my pictures,” Ms. Turbeville once said.) Her photos seem to depict small, once exquisite worlds that, by the time she clicks the shutter, have already evanesced.

Deborah Lou Turbeville was born in Stoneham, Mass., on July 6, 1932. (Many sources give the year erroneously as 1937 or 1938.) As a young woman she moved to New York, where she was an assistant and sample model to the noted fashion designer Claire McCardell. Afterward, she held editorial positions at Harper’s Bazaar and Mademoiselle, though she deplored the work.

“I’d get a note from some senior fashion editor saying, ‘We find your arrival half an hour late for Bill Blass appalling,’ ” Ms. Turbeville told The Independent, the British newspaper, in 1993. “I just stopped going.”

She began taking photographs on her own in the 1960s, and in 1966, having had no previous instruction, enrolled in a six-month workshop taught by the photographer Richard Avedon and the art director Marvin Israel.

“If it hadn’t been for the two of them, I wouldn’t have taken my photography seriously,” Ms. Turbeville told The Times Magazine in 1981. “It was so out of focus and terrible. The first evening in class, they held up pictures. They said, ‘It isn’t important to have technique, but you must have an idea or inspiration, and we feel the only one who has is this person who’s never taken a photograph before.’ I became very unpopular in the class.”

In 1975 Ms. Turbeville produced an image that would become, The Independent wrote in 1993, “one of the most famous fashion photographs of the last 50 years.” Part of a swimsuit shoot for Vogue, it showed five listless women leaning against the walls of a shower room in a condemned New York bathhouse.

Writing in The Times late that year, Hilton Kramer reviewed an exhibition at Hofstra University that included the image, calling it “one of the most beautifully composed pictures in the show,” but going on to say, “Yet its ‘Marat/Sade’ imagery leaves one wondering if we have not moved beyond the boundaries of fashion photography.”

The reaction from others was even more strident.

“People started talking about Auschwitz and lesbians and drugs,” Ms. Turbeville recalled in an interview quoted in the 1991 book “Appearances: Fashion Photography Since 1945,” by Martin Harrison. “And all I was doing was trying to design five figures in space.”

Ms. Turbeville won an American Book Award in 1982 for “Unseen Versailles,” a project for which she had been recruited by Jacqueline Kennedy Onassis, then an editor at Doubleday. The volume, with an introduction by the novelist Louis Auchincloss, documented the echoing, long-disused backstairs rooms that visitors never see. (To heighten their autumnal aspect, Ms. Turbeville smuggled in armfuls of dead leaves.)

She and Mr. Auchincloss also collaborated on “Deborah Turbeville’s Newport Remembered” (1994), which captured the vanished Gilded Age in all its crumbling particulars.

Ms. Turbeville, who lived part of each year in San Miguel de Allende, Mexico, is survived by a brother, Thomas.

She also maintained an apartment in the Ansonia, the Beaux-Arts pile on the Upper West Side of Manhattan. There, she left generations of old paint unstripped, speckled mirrors unsilvered, threadbare tapestry unrestored and tattered curtains unmended.
Click to expand...

The beauty of her photography is the atmosphere she creates. 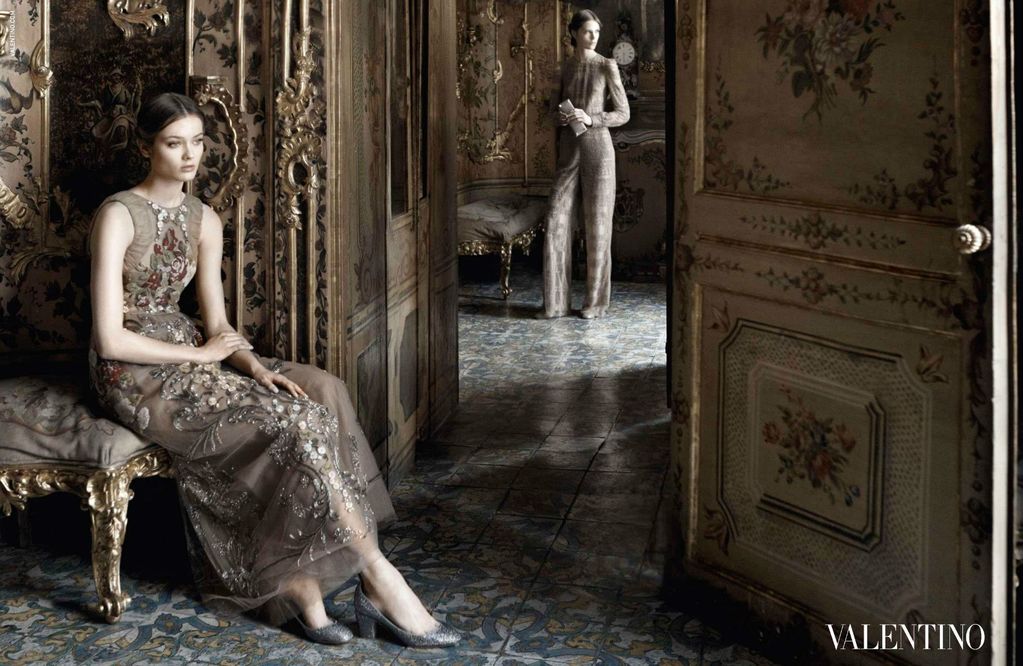 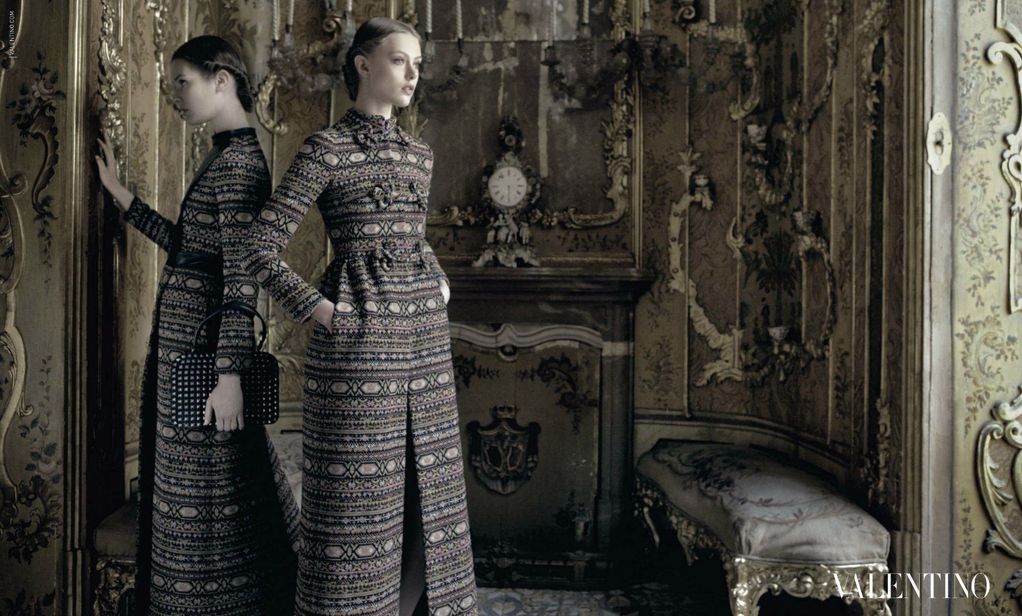 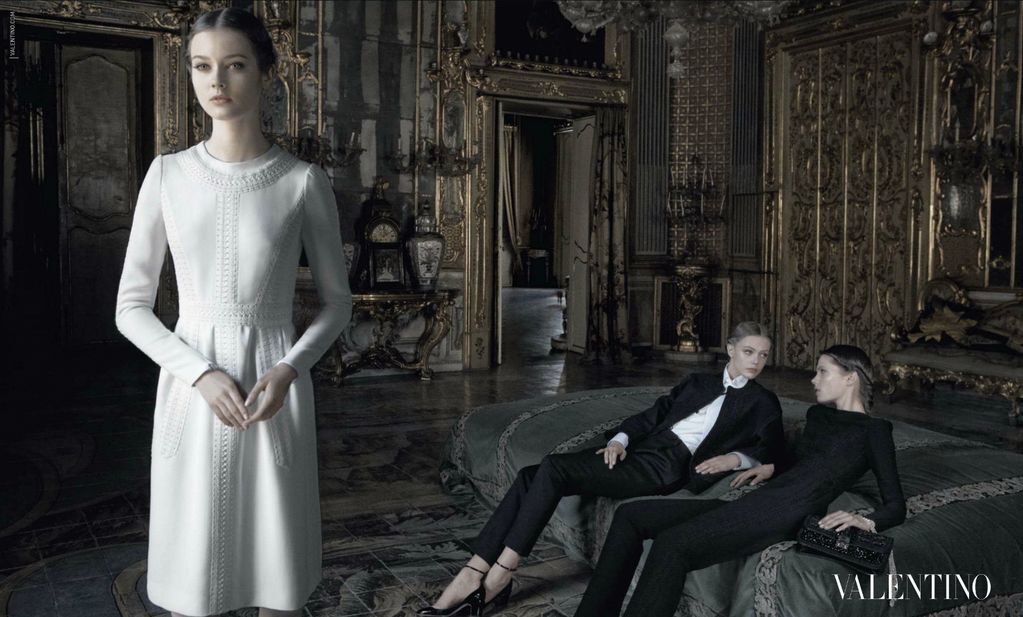 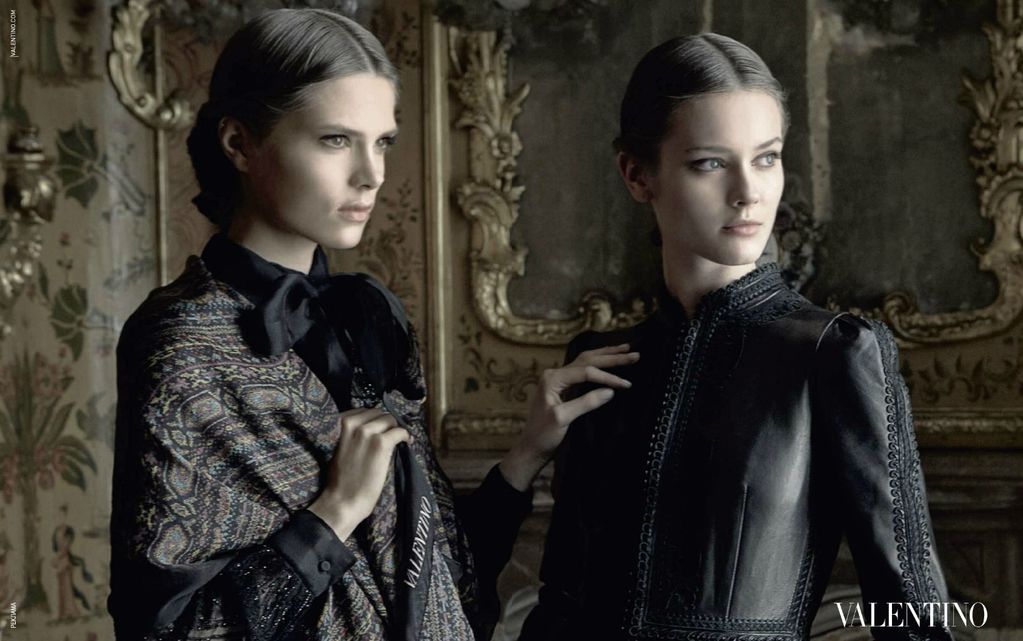 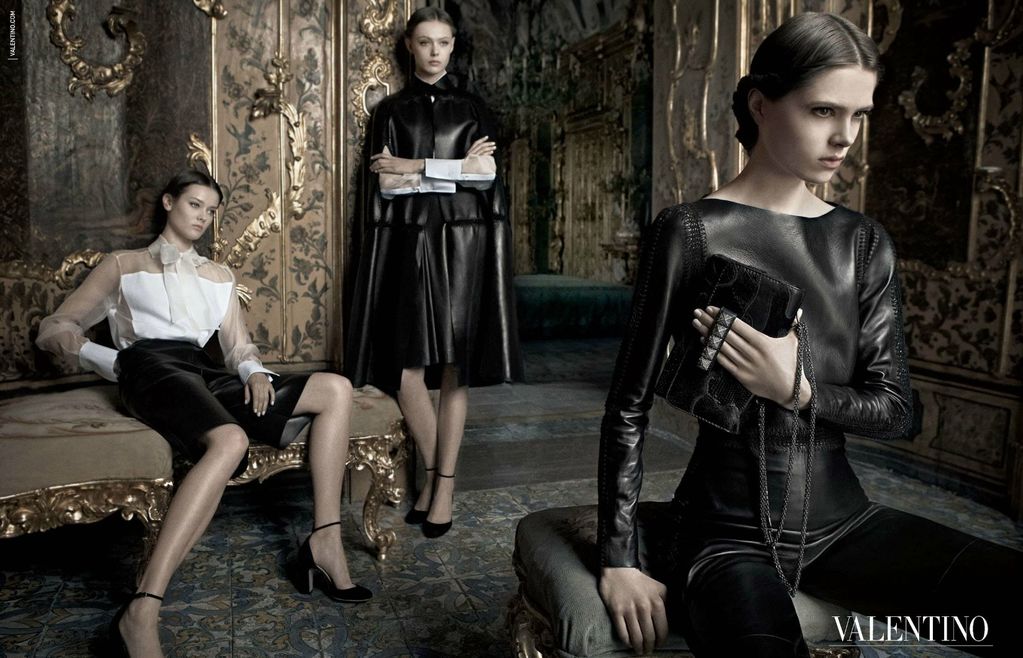 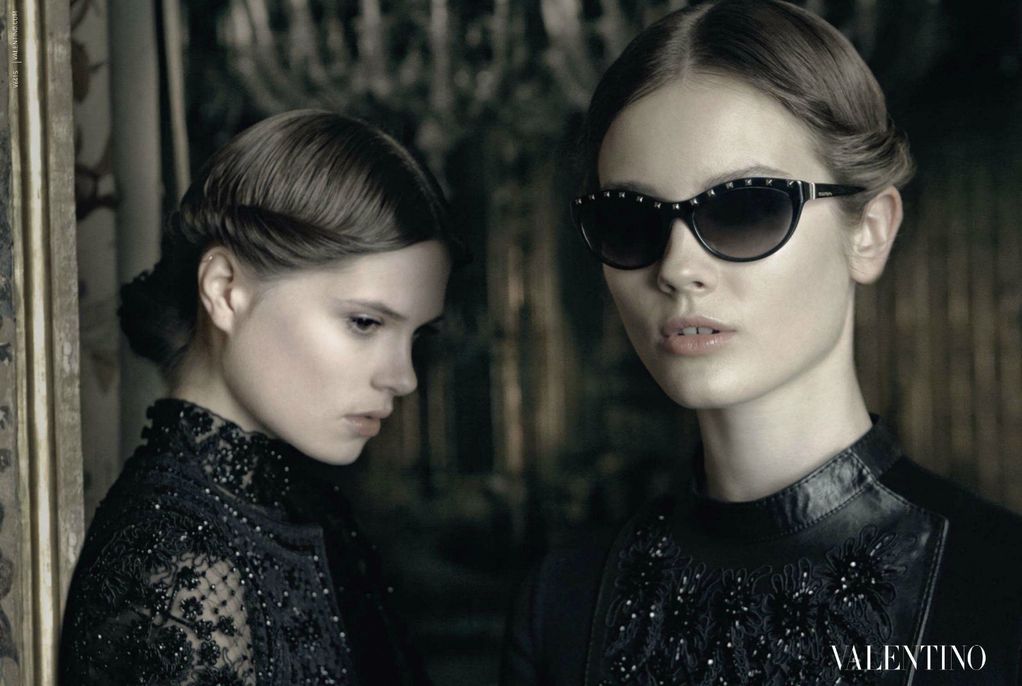 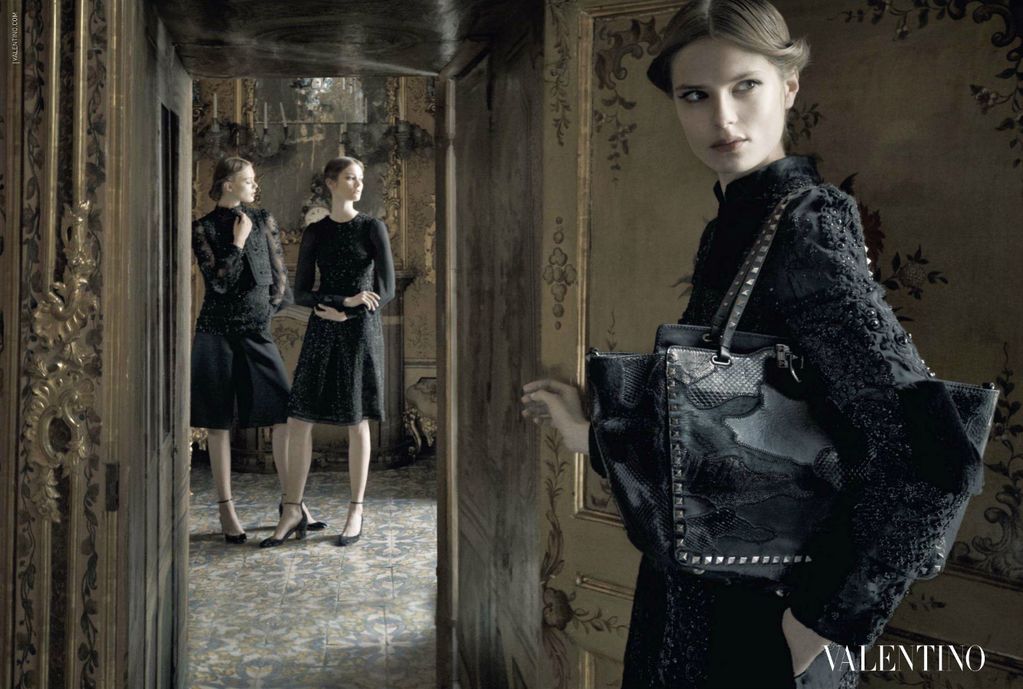 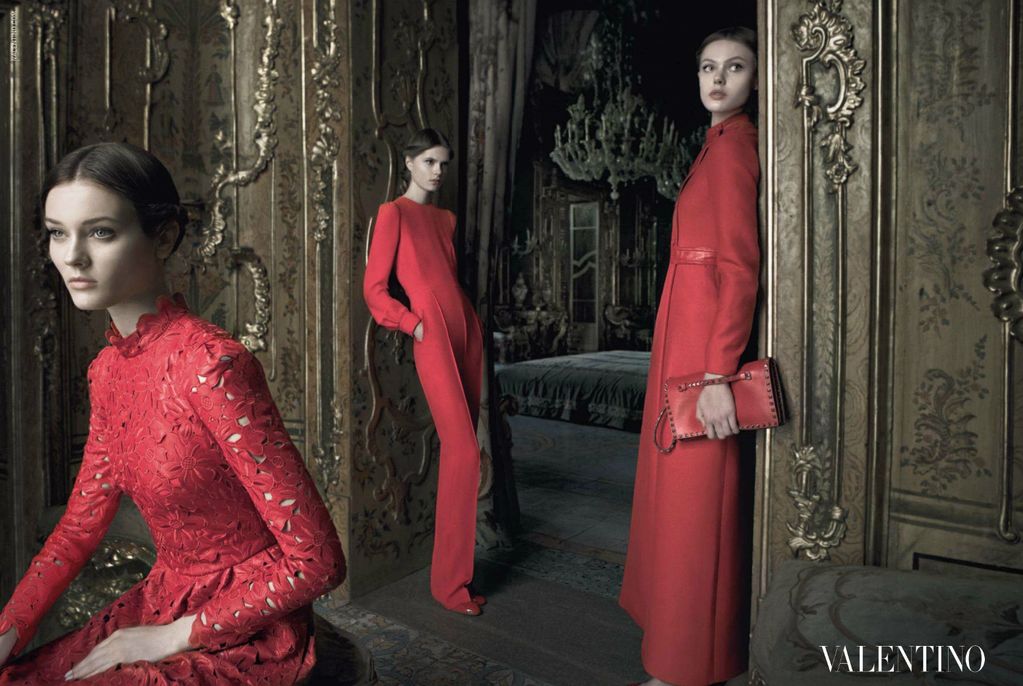 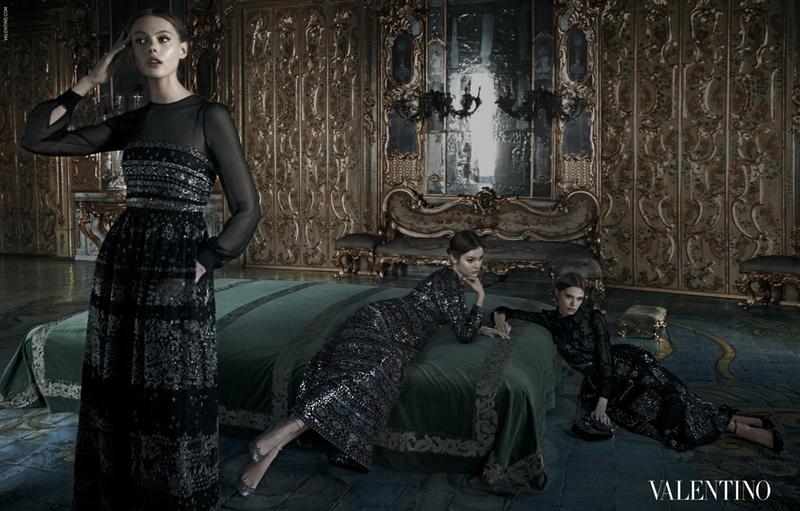 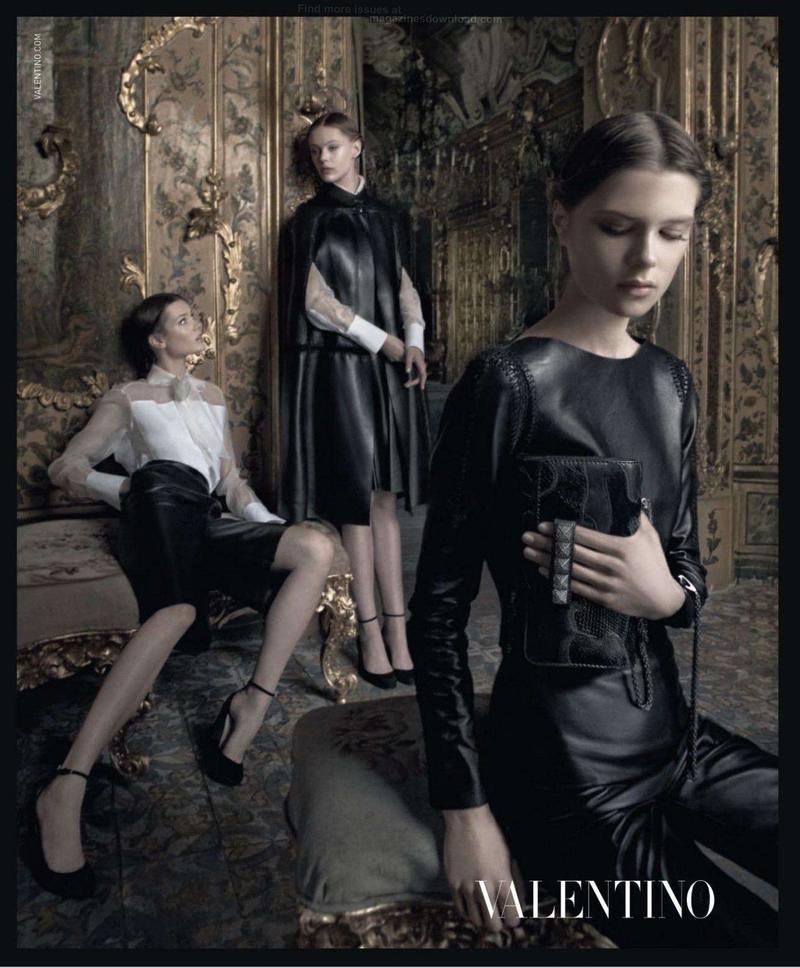 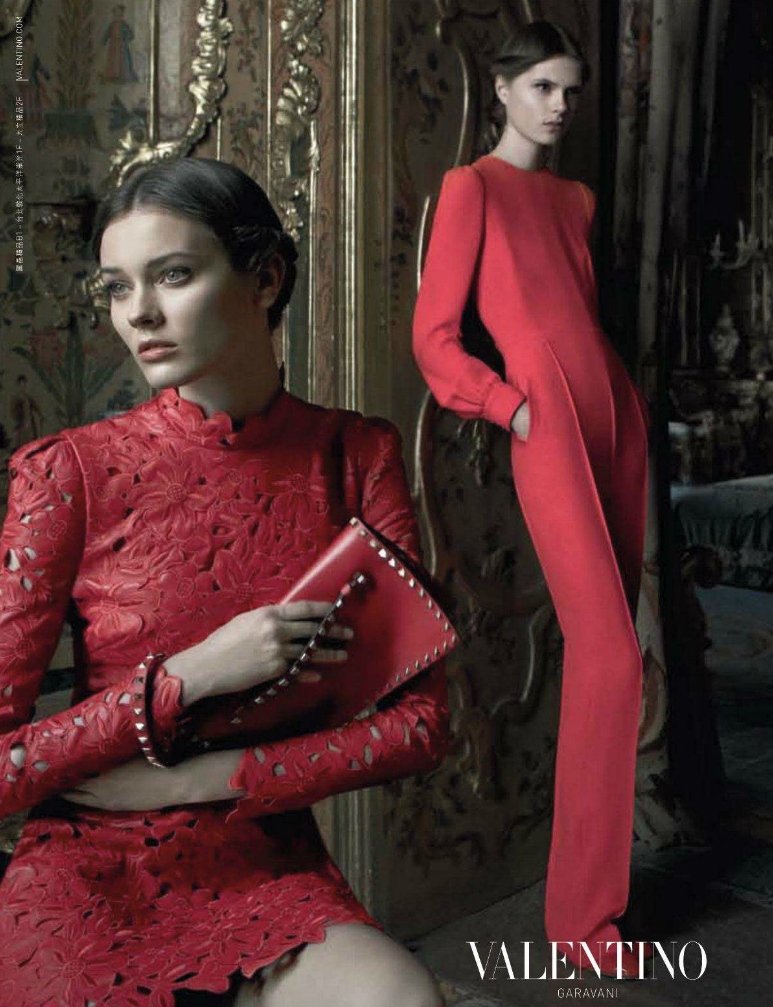 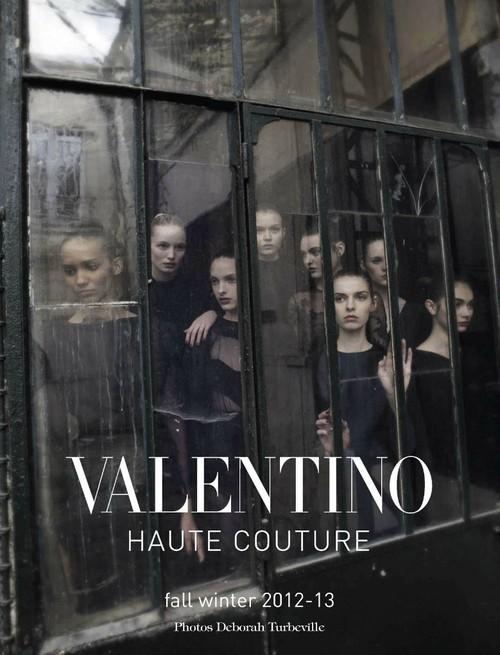 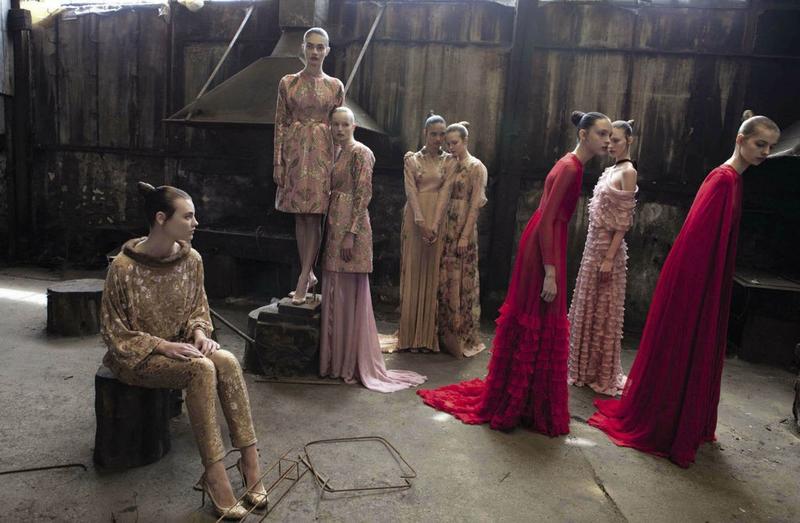 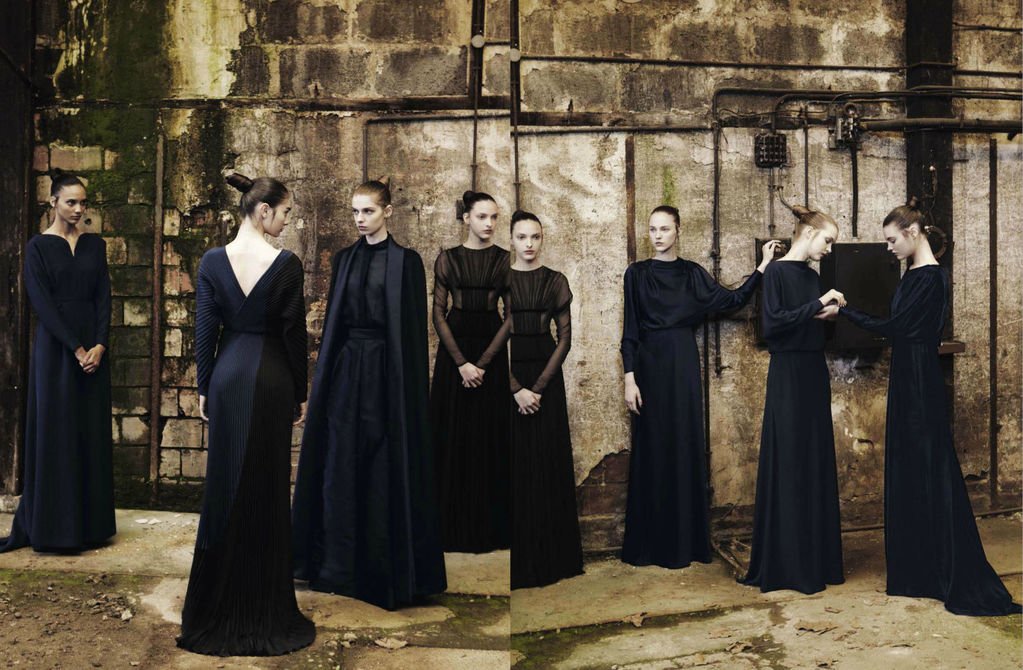 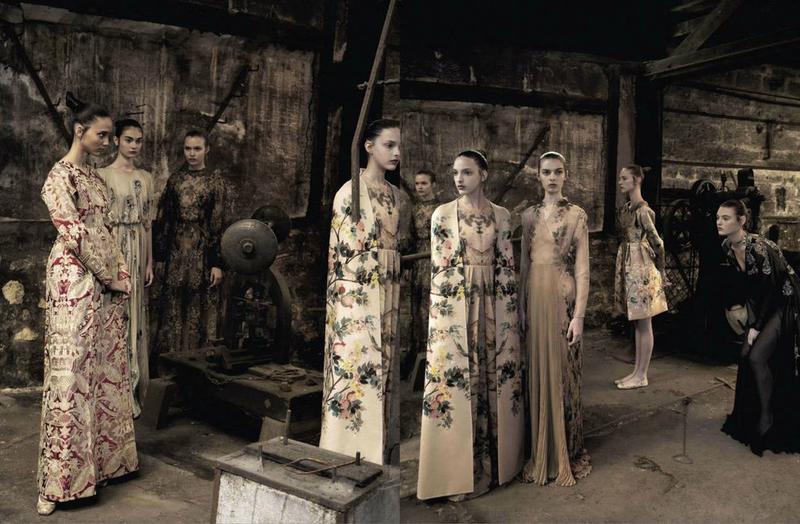 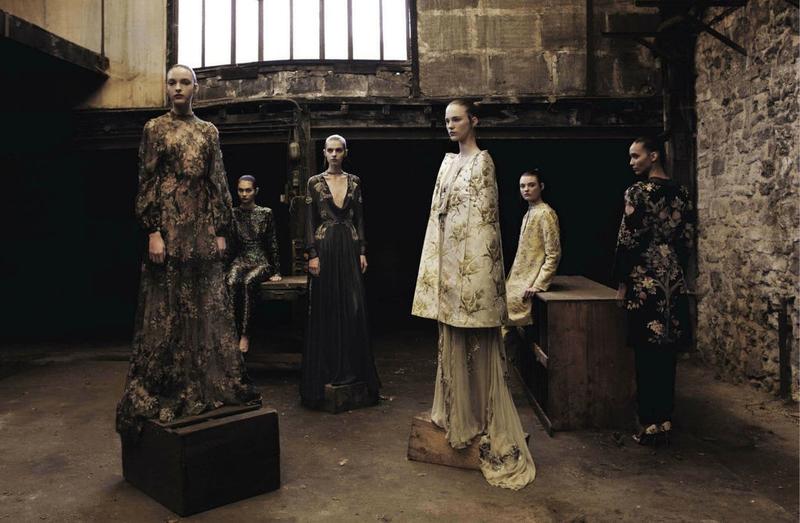 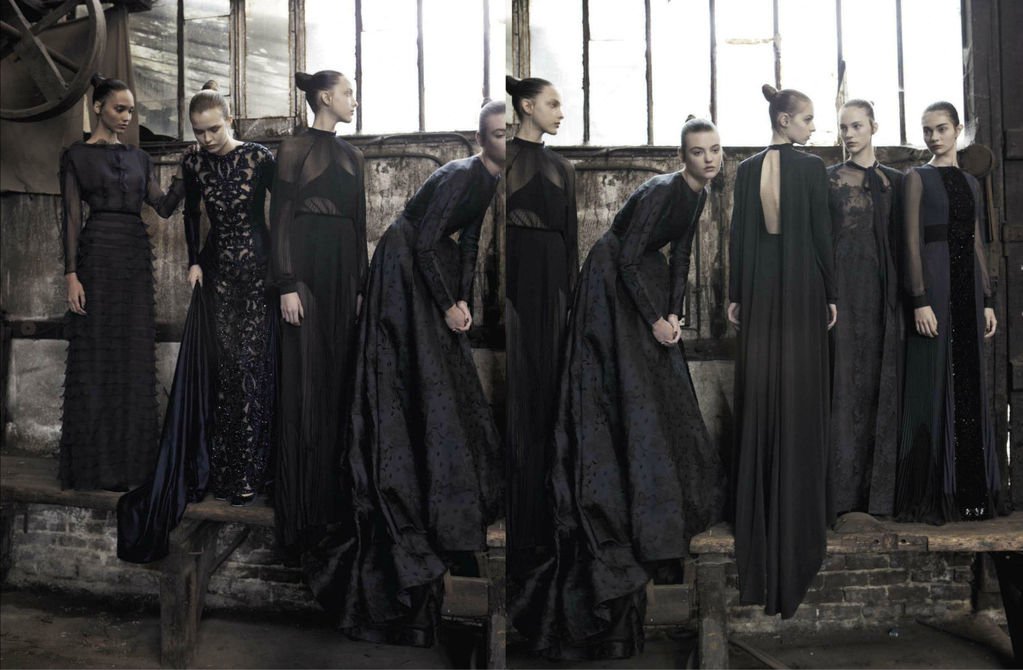 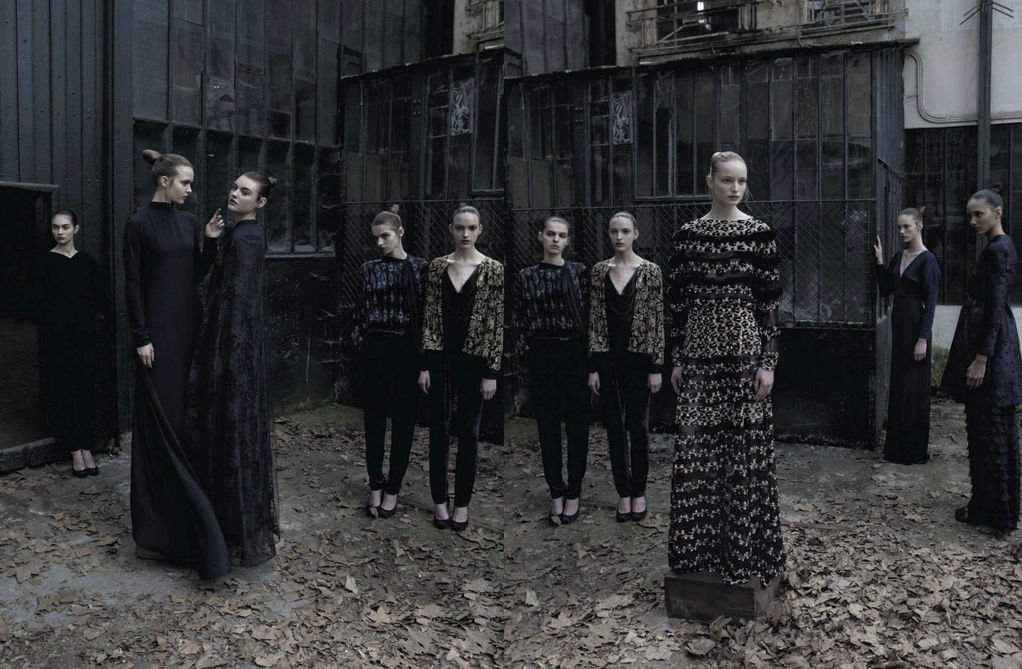 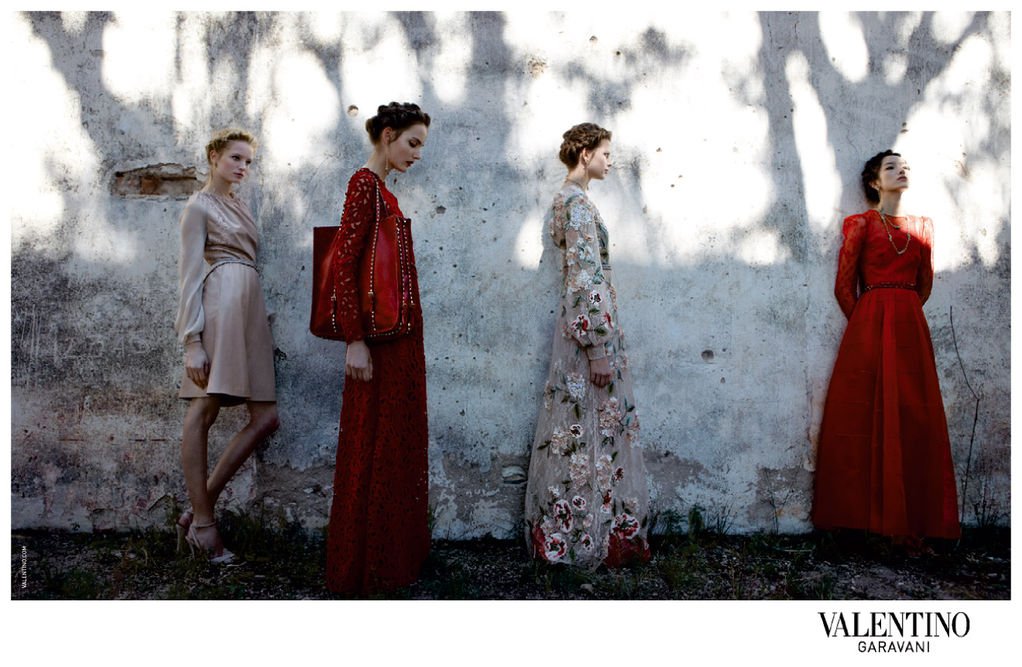 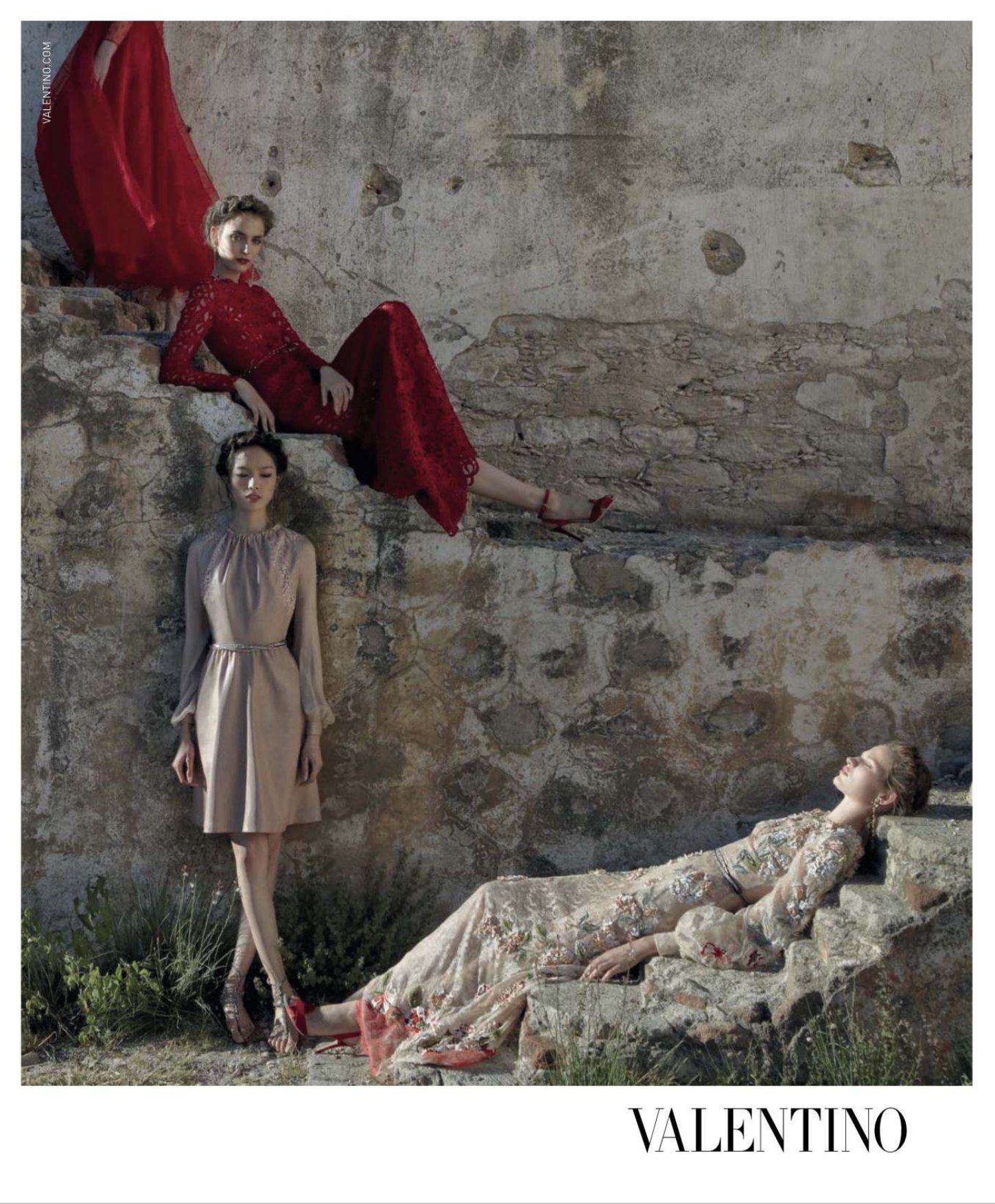 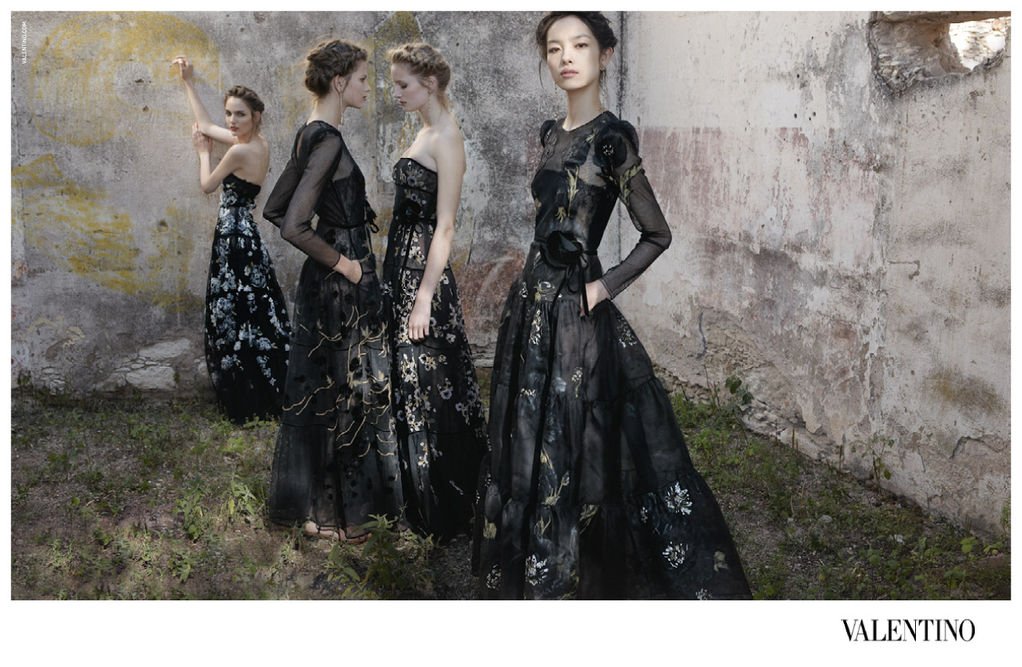 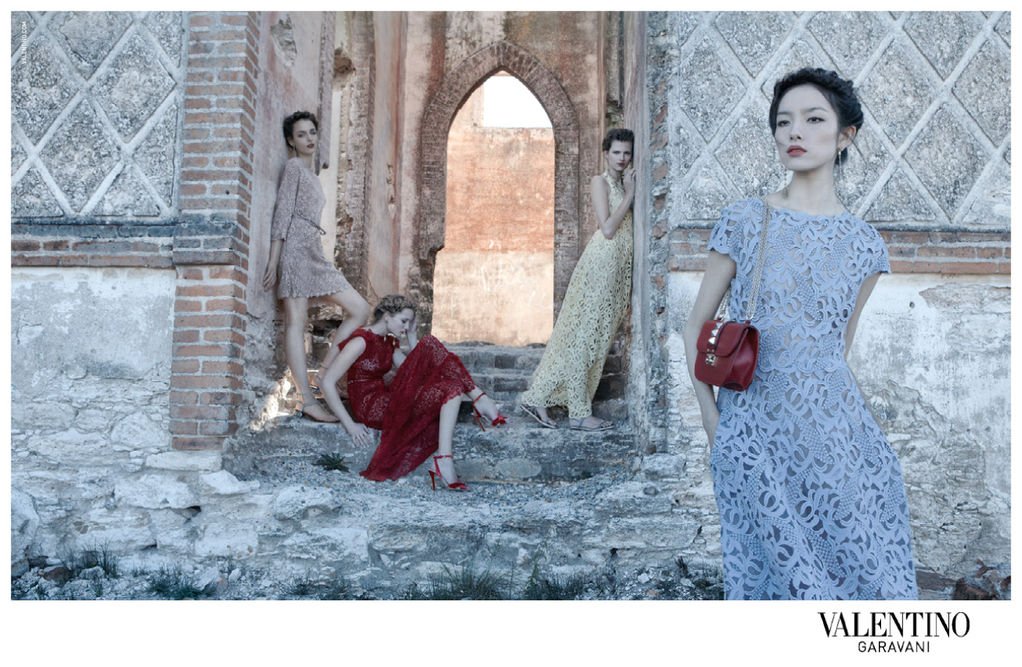 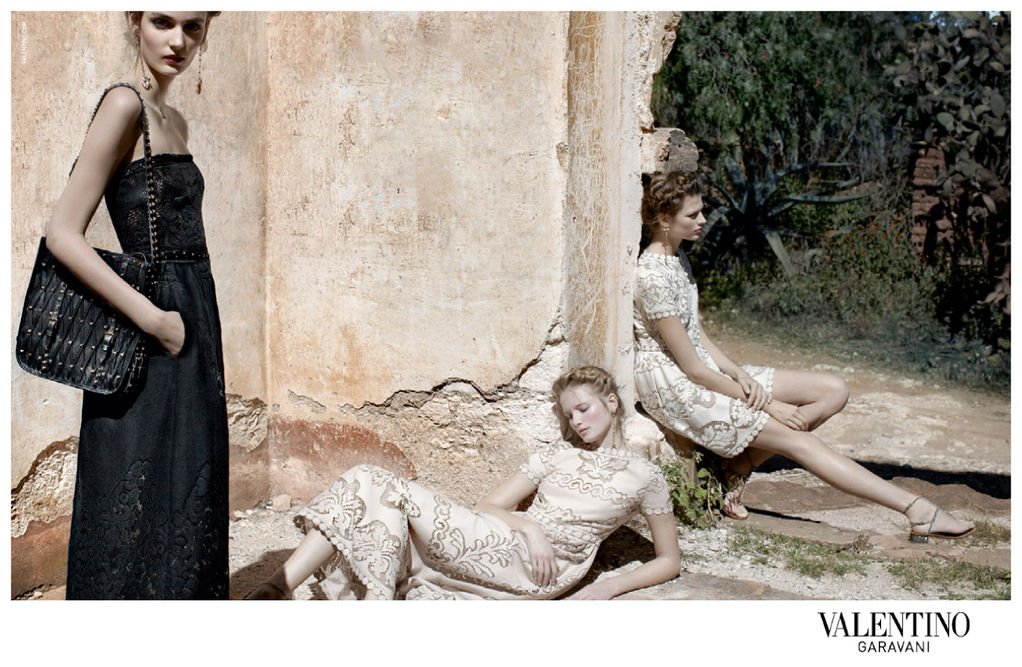 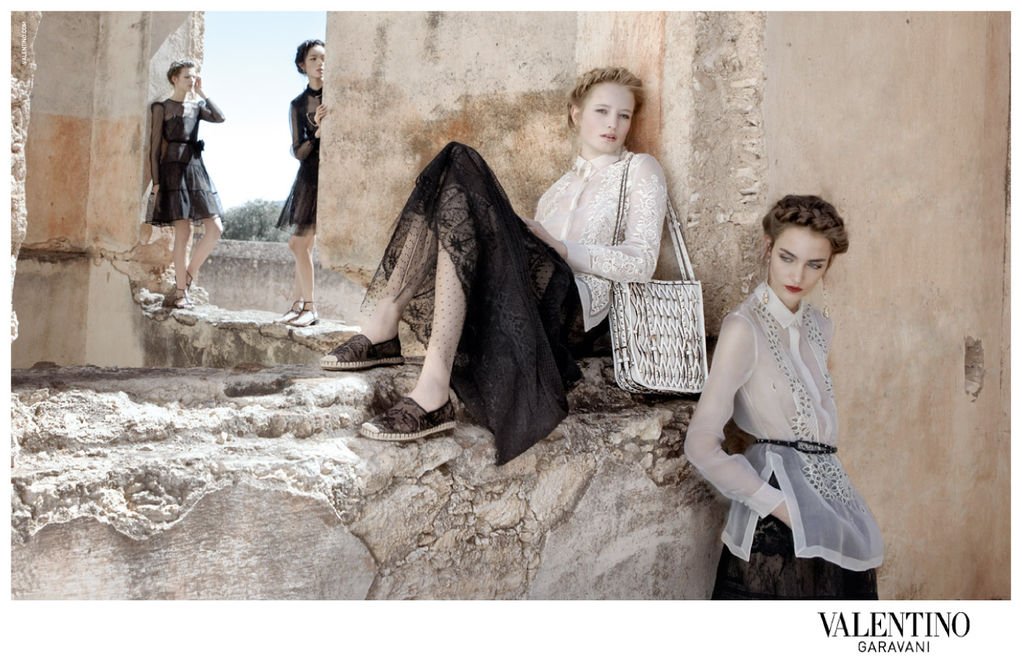 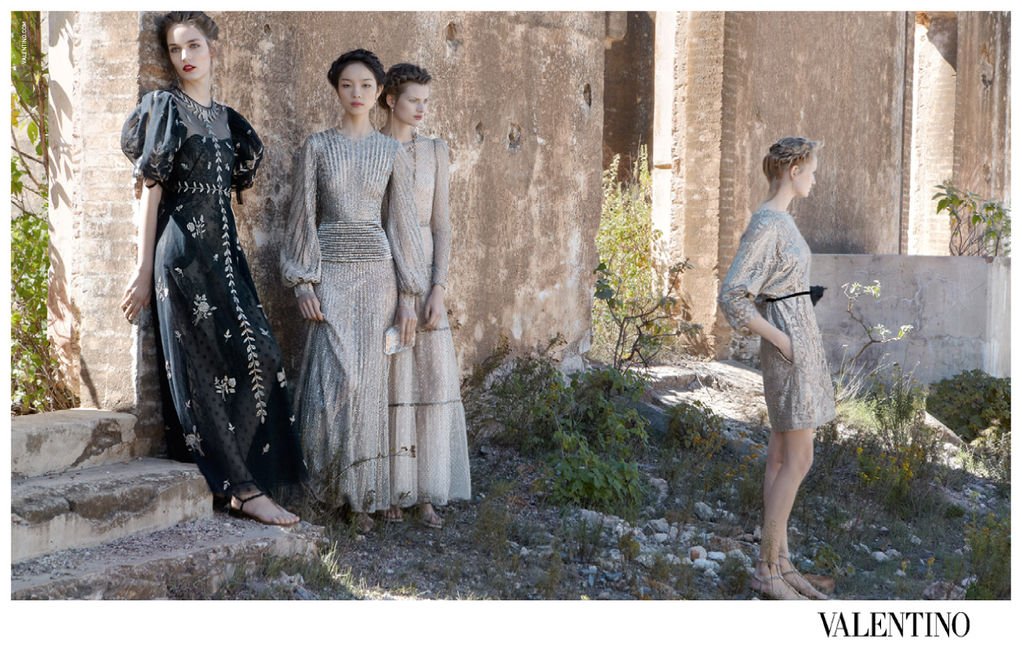 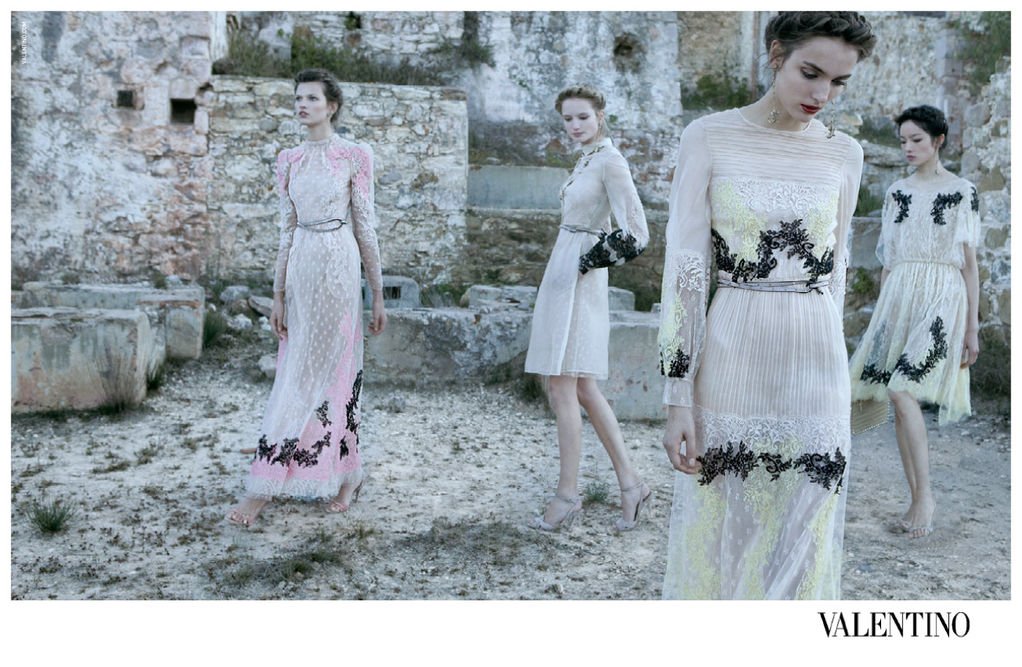 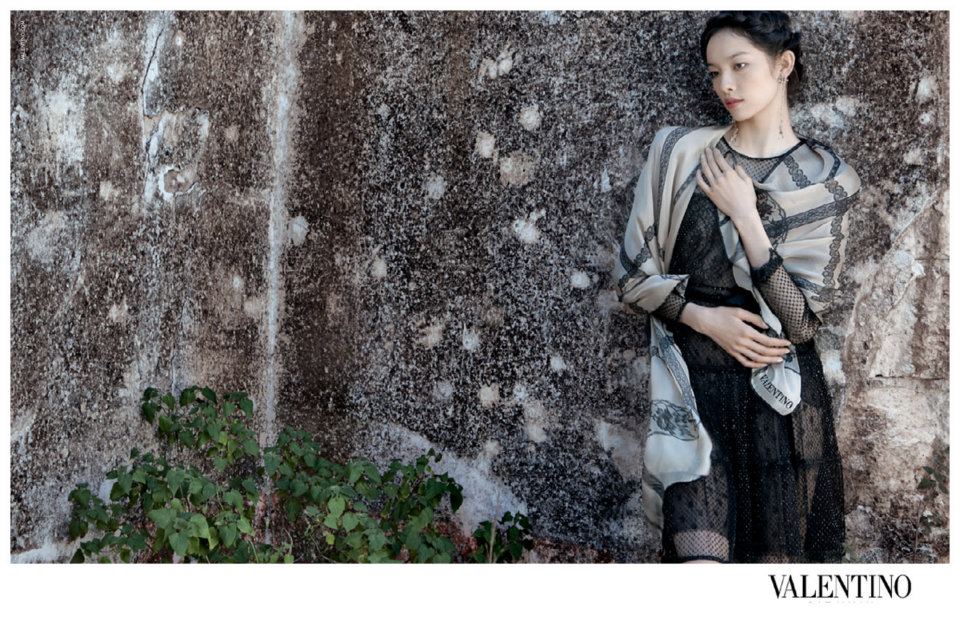 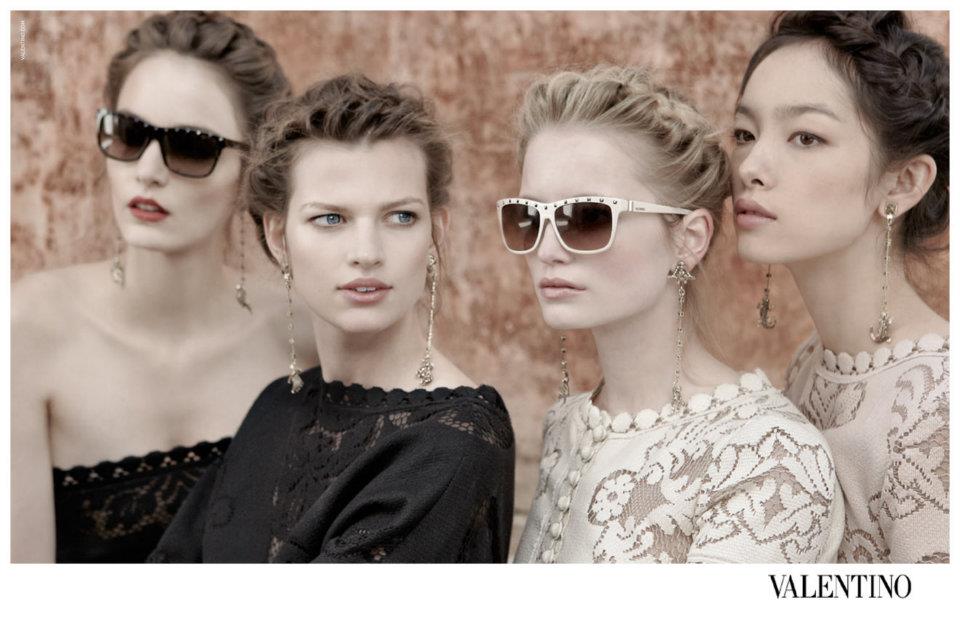 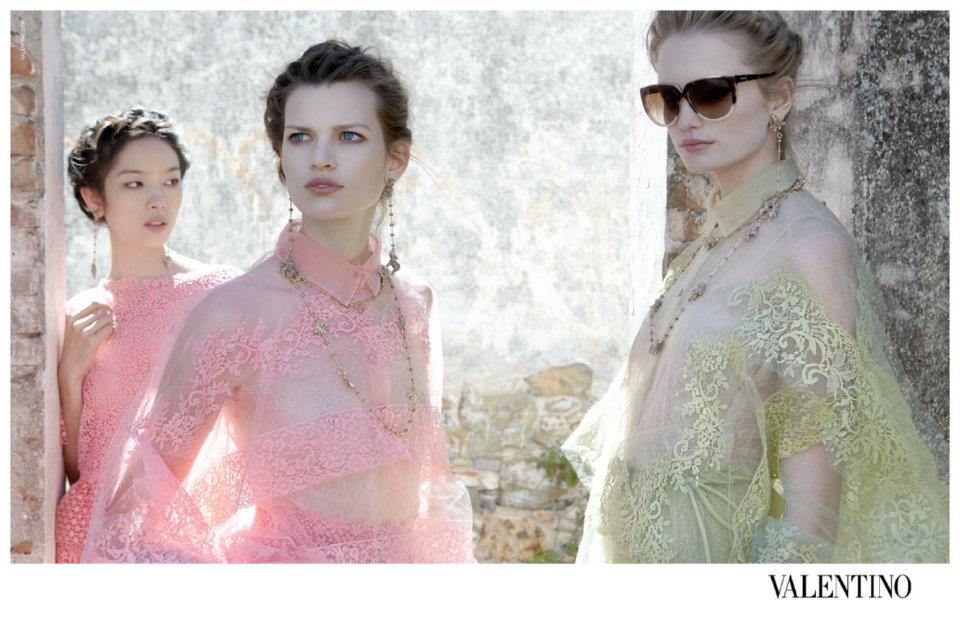 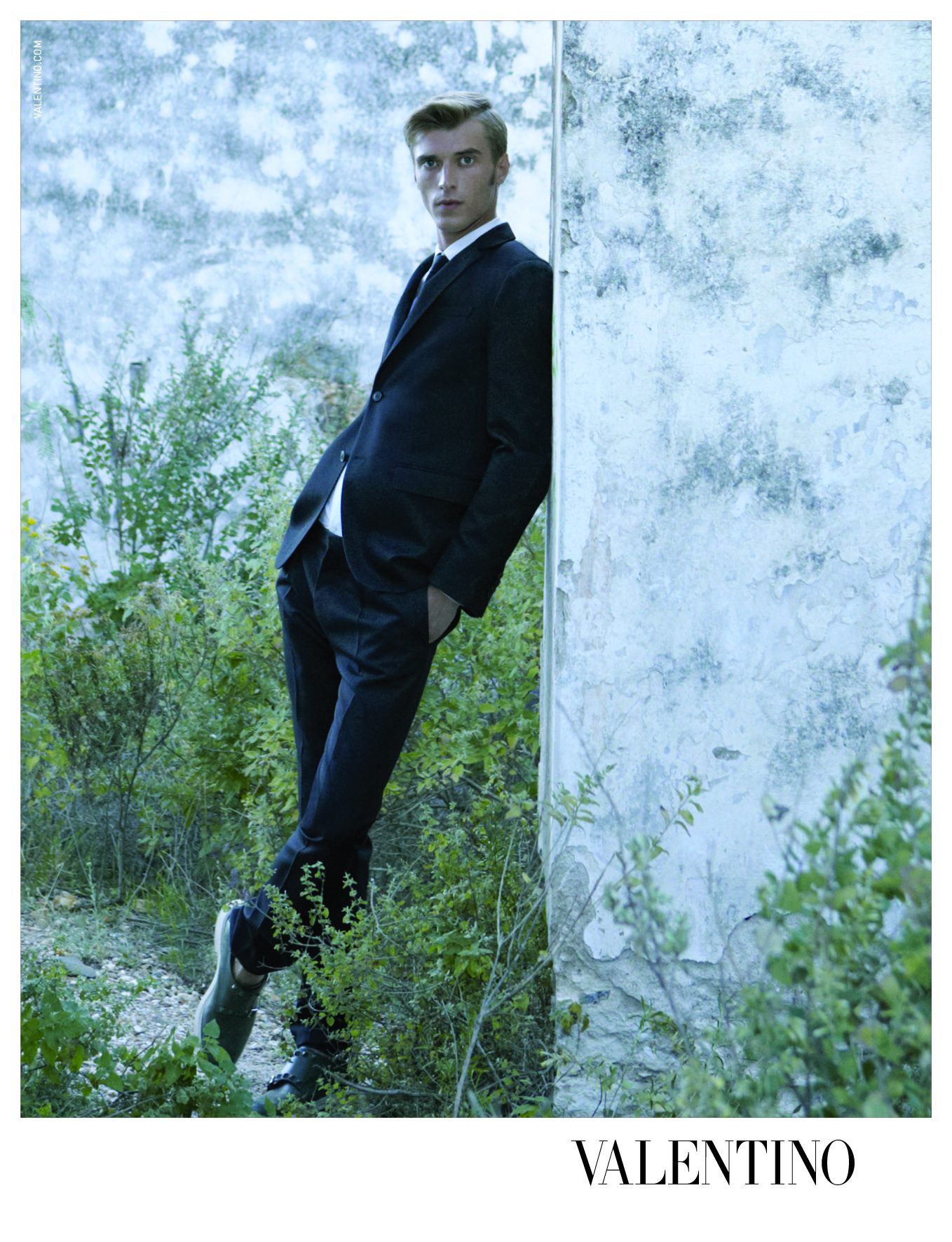 Wow. The photos are so creepy in the best way possible. Reminds me a bit of American Horror Story.

Thanks for posting this!

"It took five days to do this shoot because each spread took a day. Polly Mellen [styled] it, and it was such a labor of love. When it came out, a lot of people pulled their subscriptions. They said it was offensive and it looked like Dachau, like concentration camps. Or it looked like drug addicts. I knew that what we were doing was different, but I never guessed it would come to that. It was the most controversial thing that the magazine ever had—they never heard the end of it. I've sort of had to live with this picture because the only picture that American Vogue ever wants from me when they have a book that they're doing is this one."