The new collection by Simon Porte Jacquemus was a typically upbeat affair, riffing on the designer's childhood days in the south of France: off-kilter shirting mashed up with triangle bikini tops; skirts constructed to suggest the wrapped-on look of beach towels. Cabana stripe everywhere. There was something daydreamy about the whole affair. Yet this was also a rather realistic outing for Jacquemus, with the first half of the two-part show featuring genuinely wearable looks like cinched cotton tops and trousers and slouchy white jeans. And even in the more sculptural second half of the collection, which found the designer back in his naive mode playing with shapes, there were pieces that jumped out as wardrobe-ready, like the bra tops in candy-colored striped mesh. Jacquemus said himself that he staged the show in two parts because he wanted to emphasize that his idiosyncratic aesthetic can be interpreted in retail-friendly ways, a point driven home by the fact that his brand is now stocked by a fair number of outlets—Opening Ceremony, La Garçonne, and Shopbop among them. The Jacquemus charm is infectious—this season, particularly so.
Click to expand... 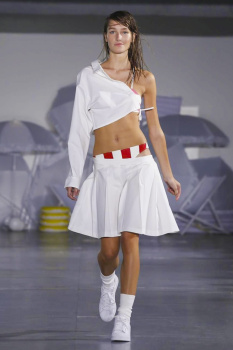 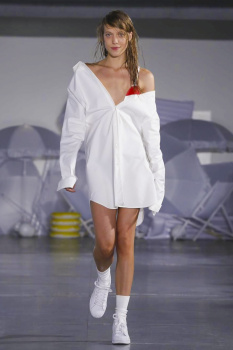 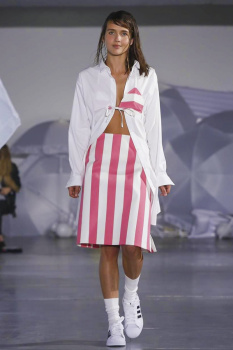 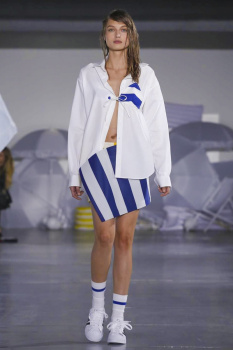 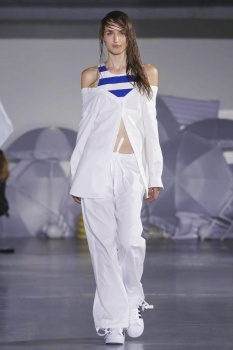 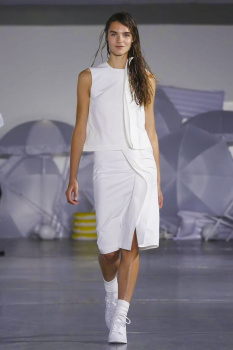 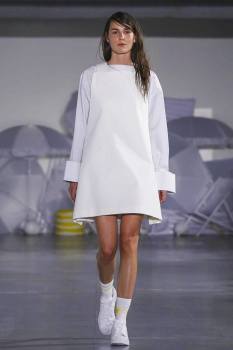 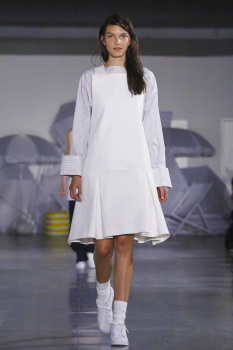 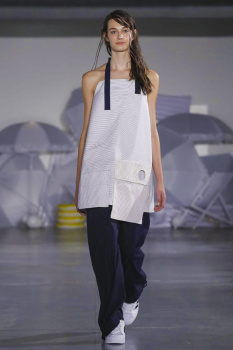 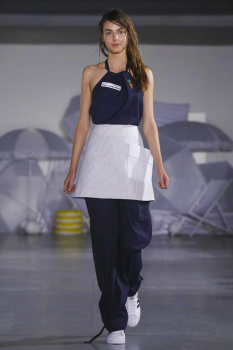 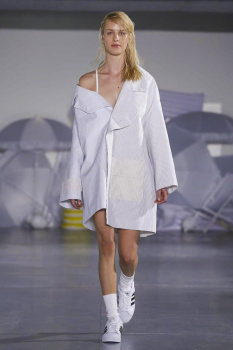 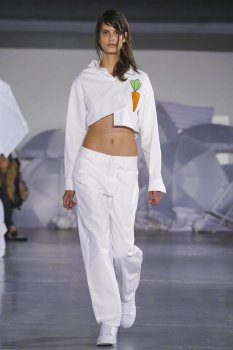 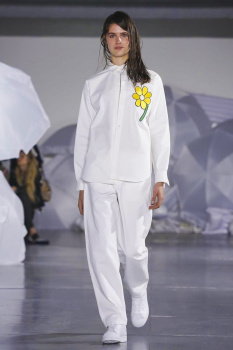 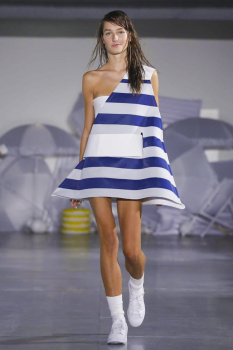 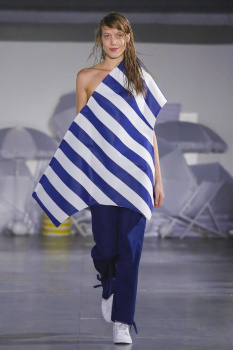 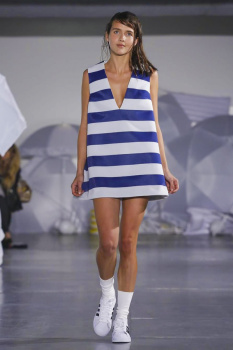 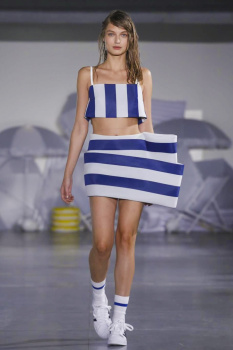 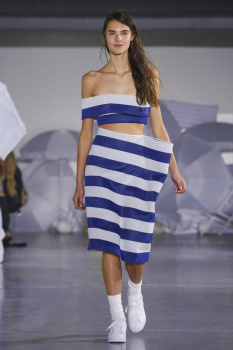 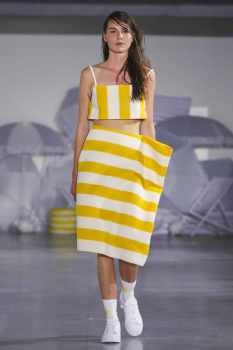 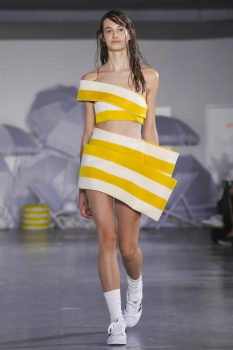 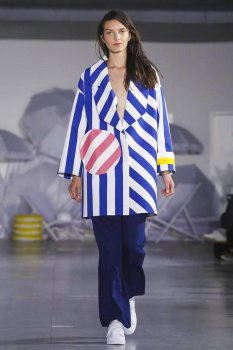 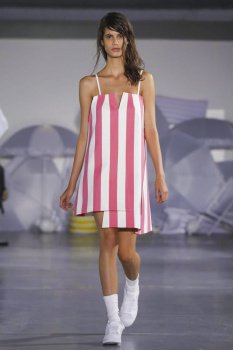 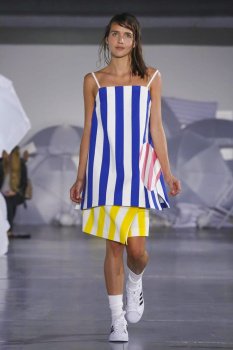 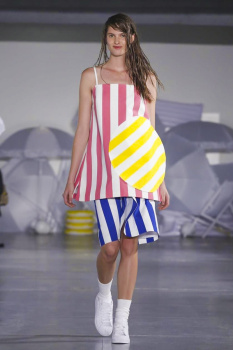 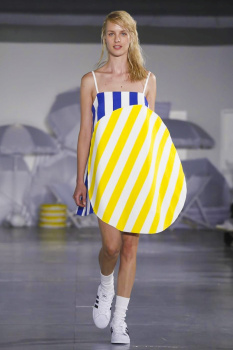 He is SO overrated.

The set looked good though. 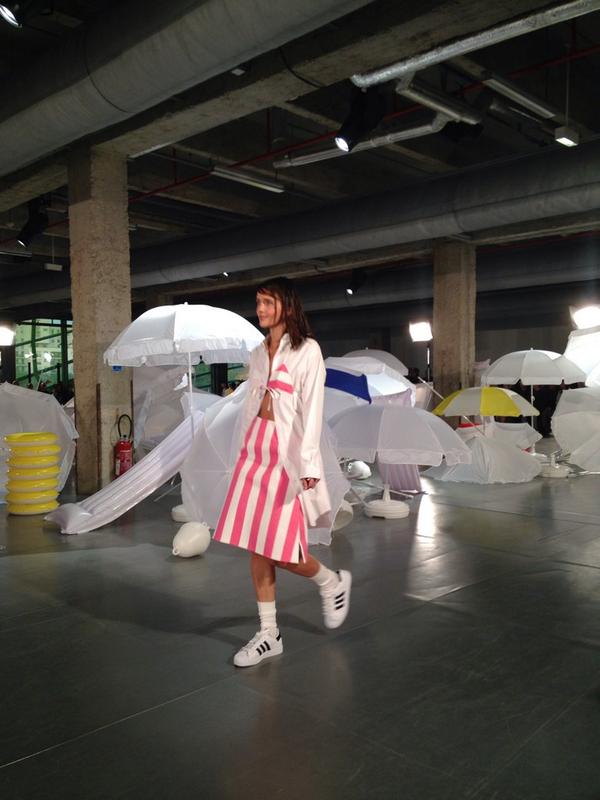 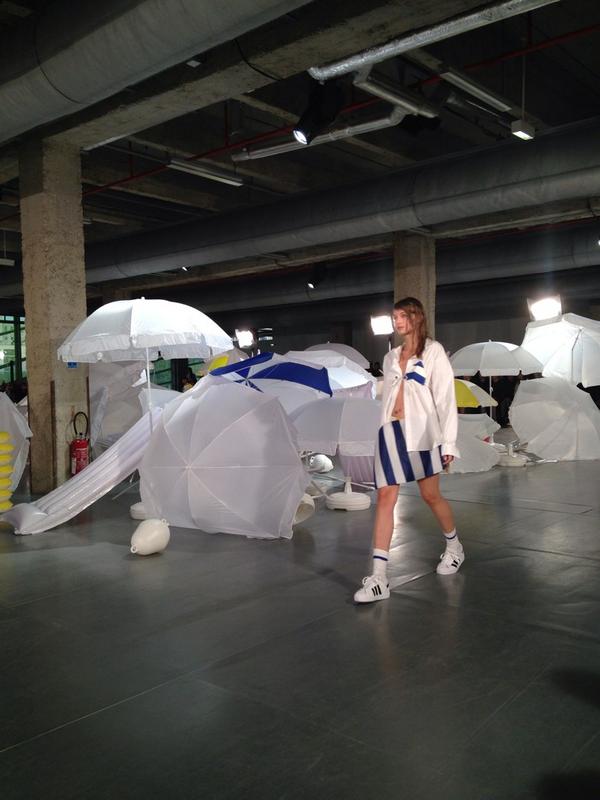