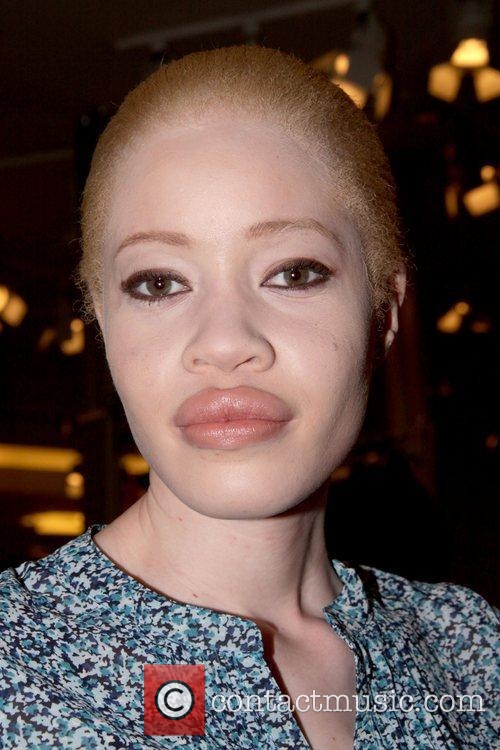 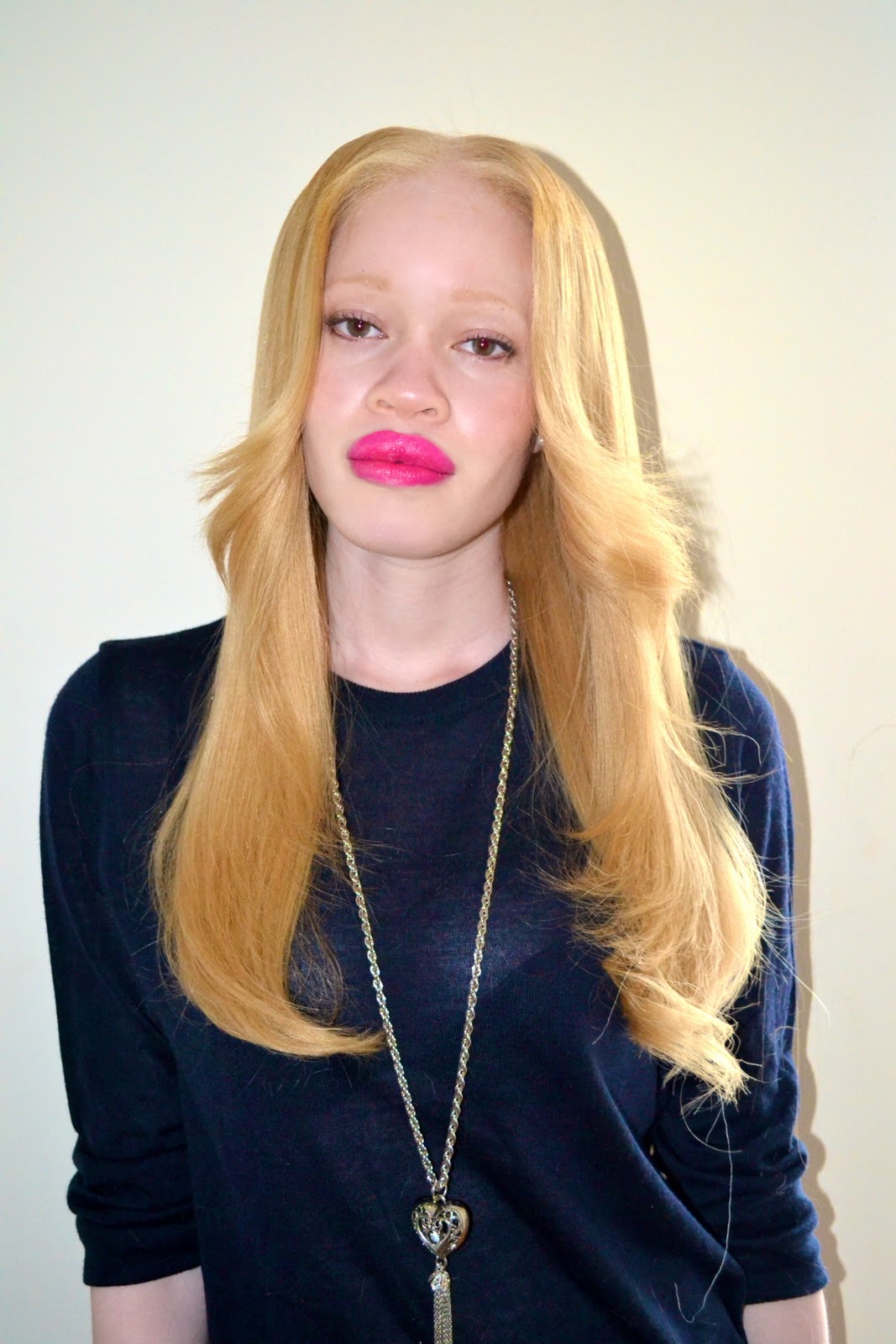 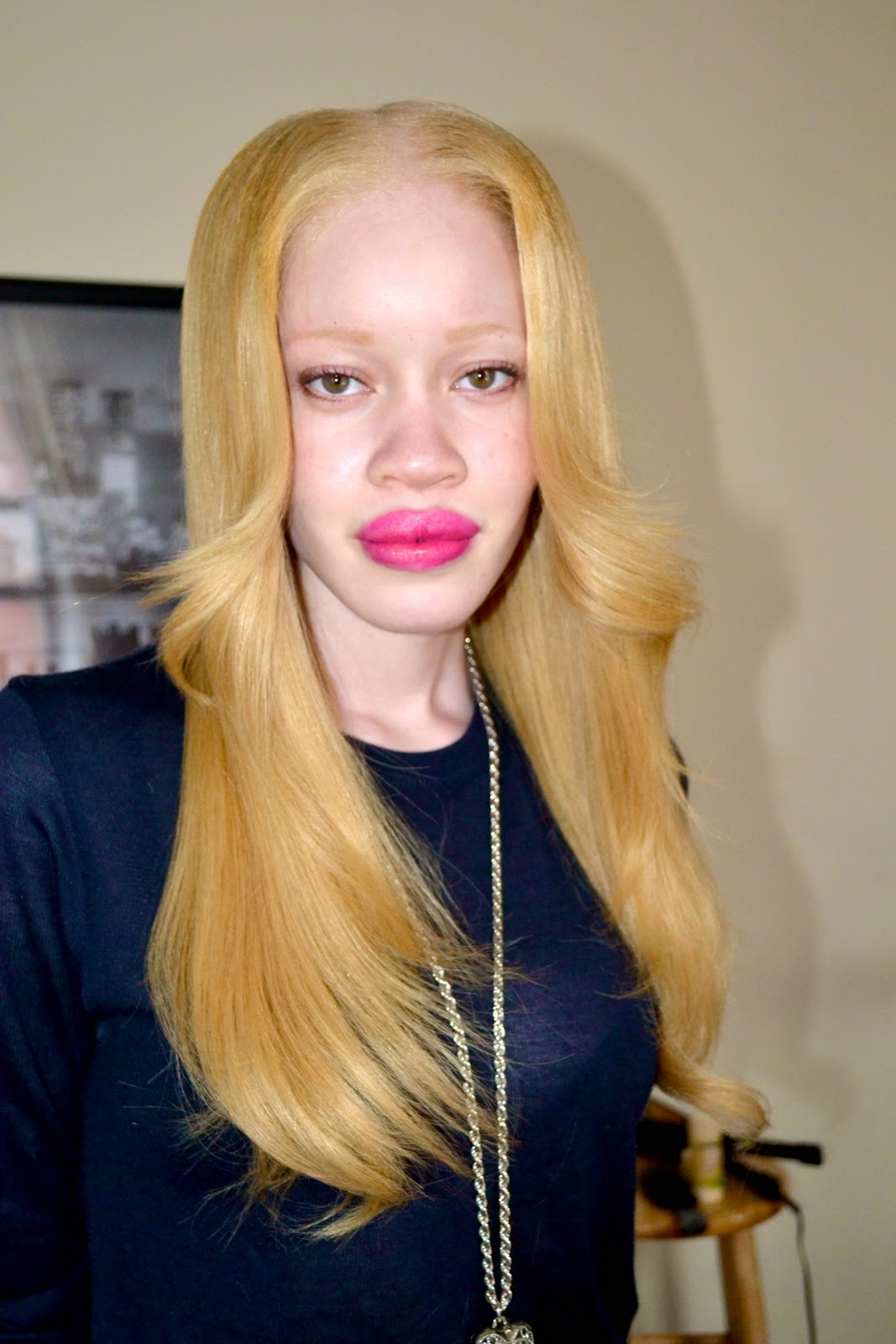 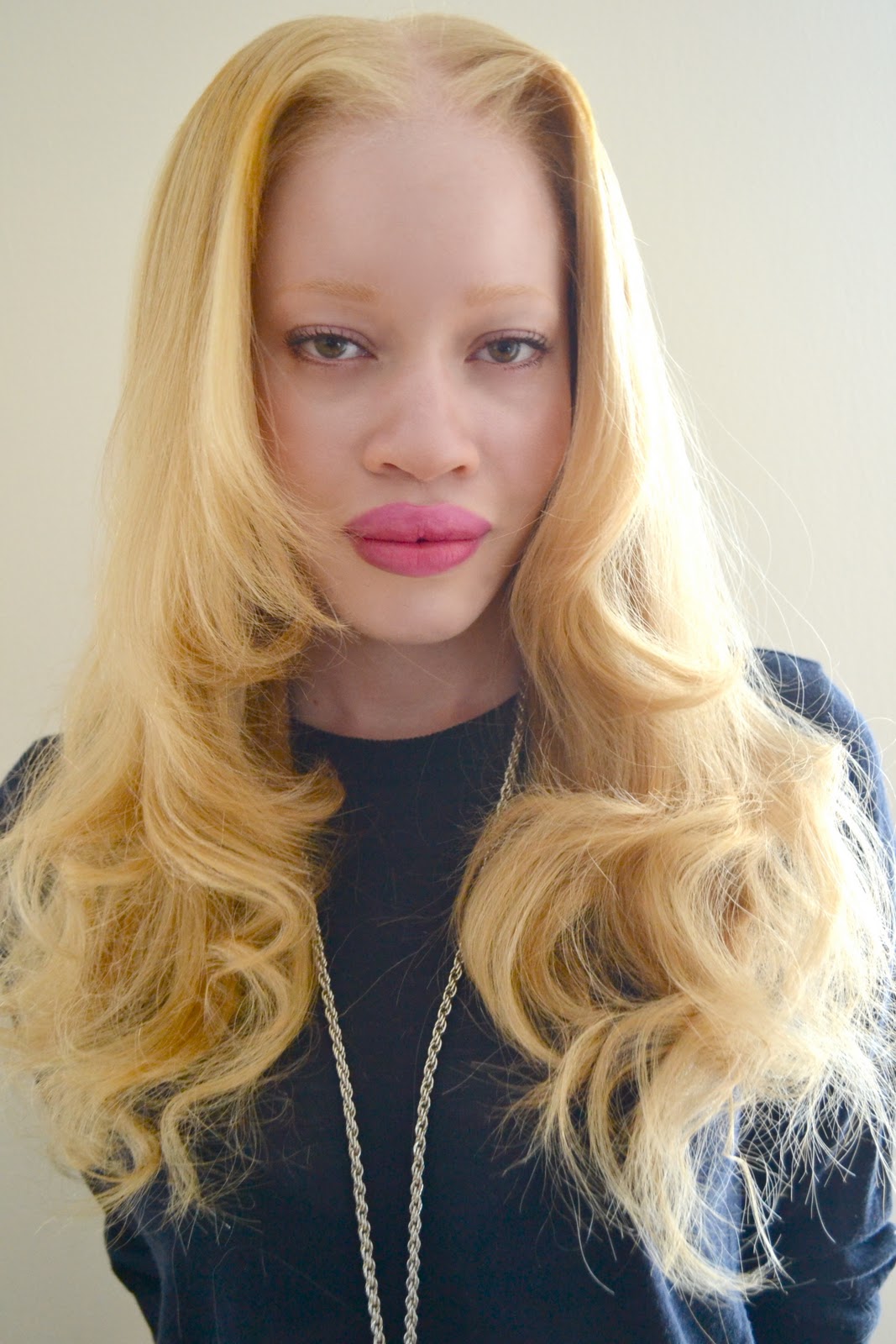 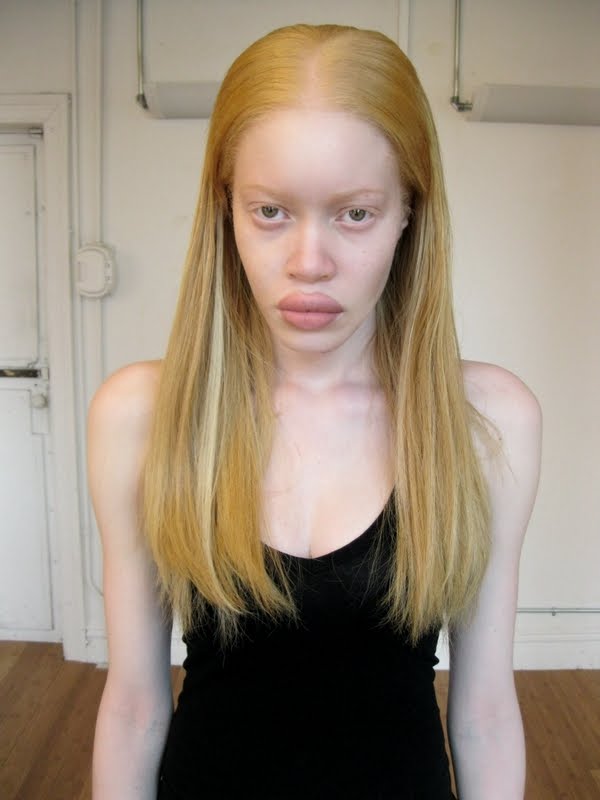 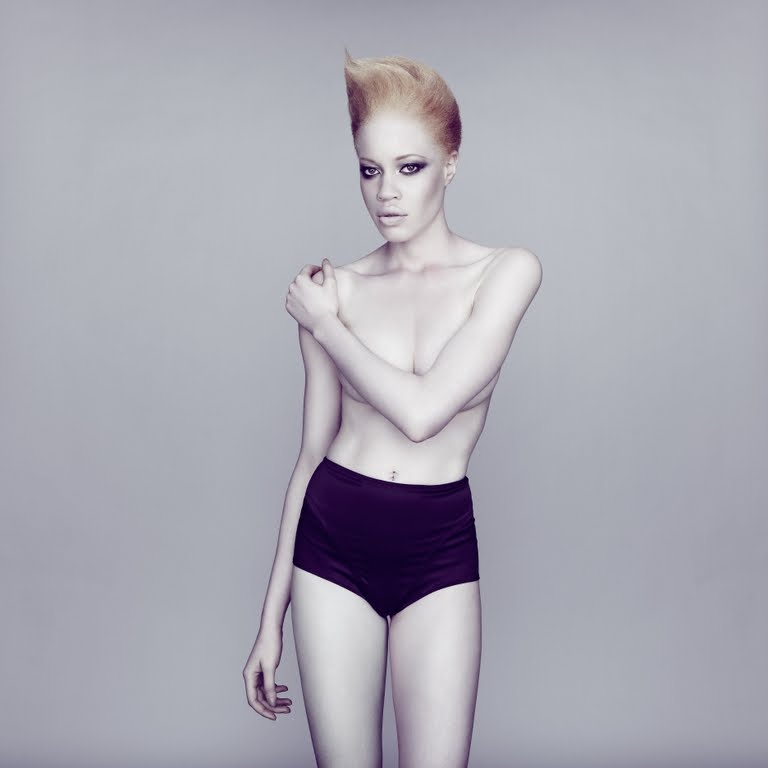 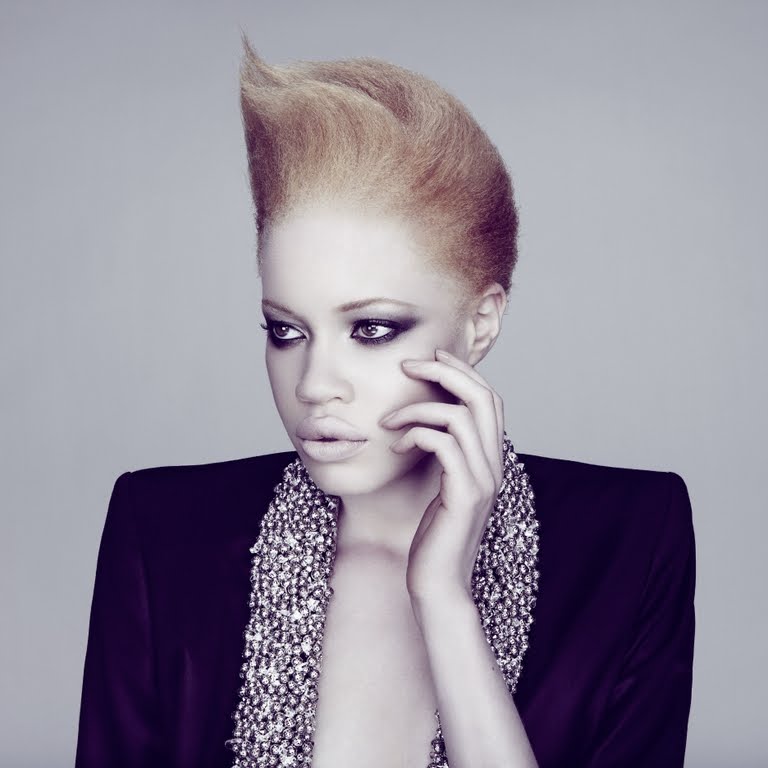 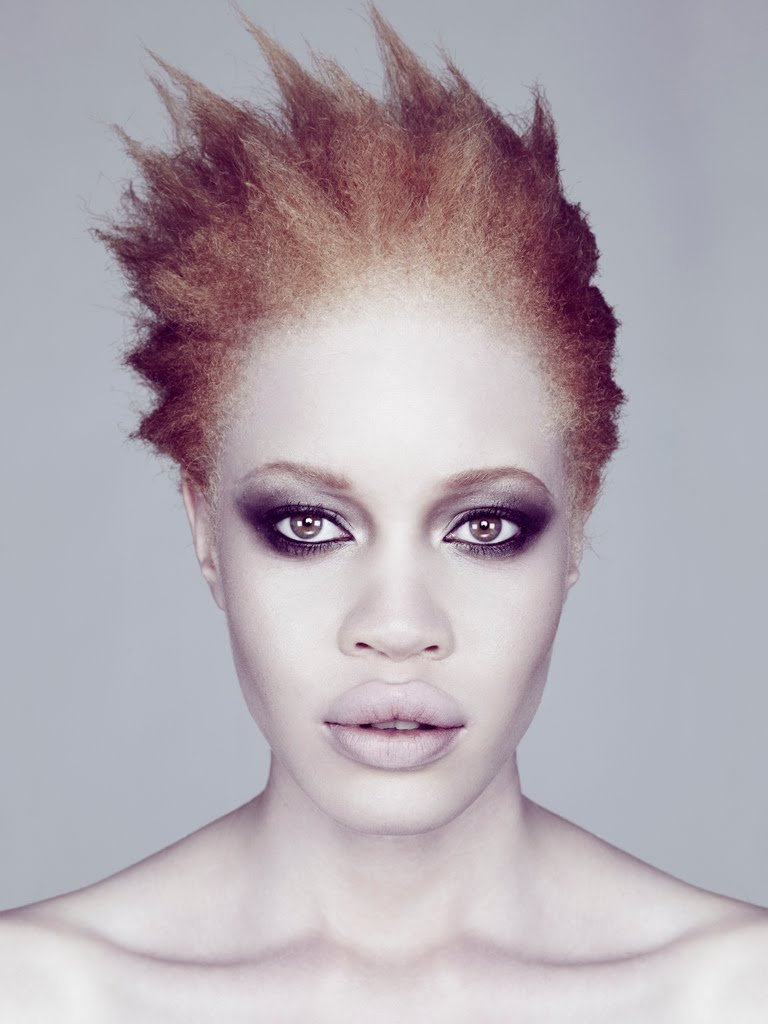 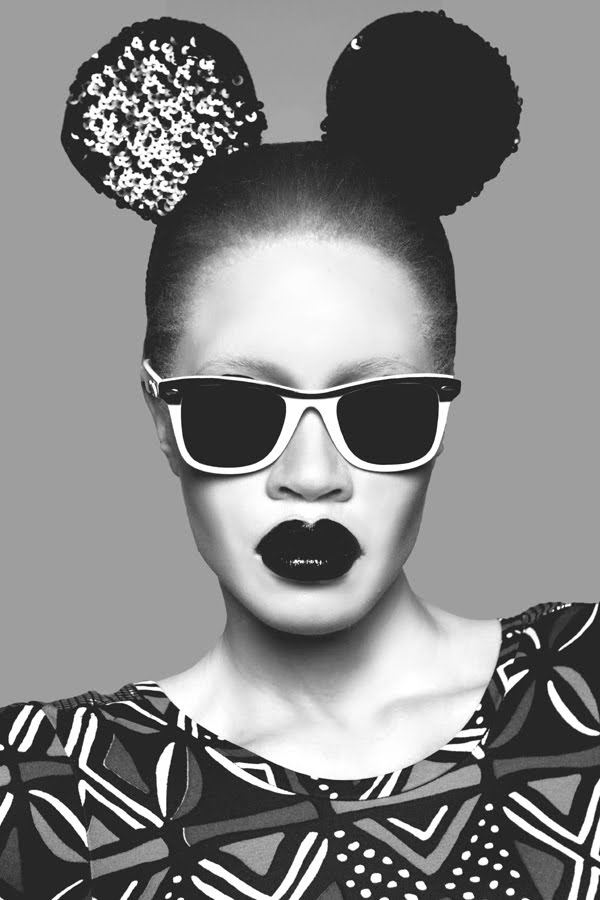 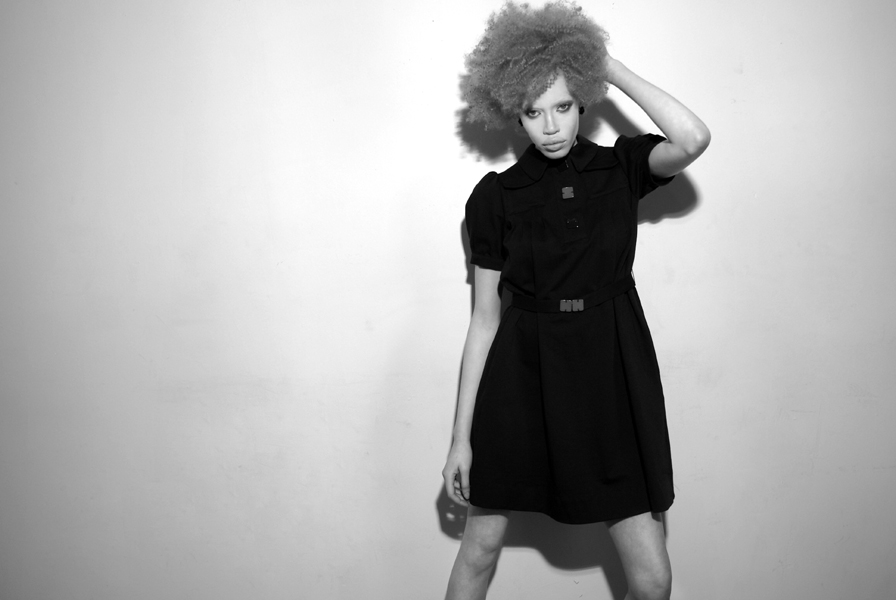 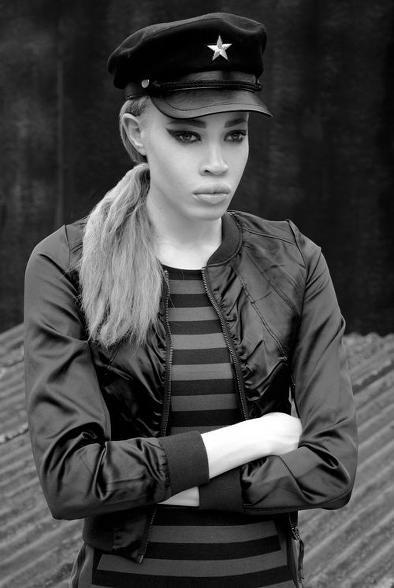 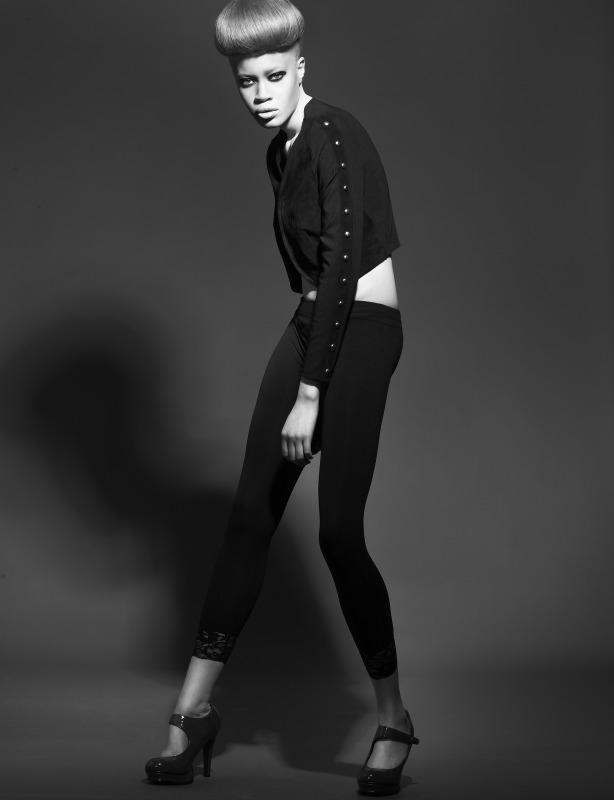 Diandra Forrest is a supermodel who just got signed with one of the most prestigious modeling agencies in the world, Elite. Like most supermodels, Diandra is super-slim, long, leggy, walks like a gazelle and carries herself like a queen, yet there is something oddly and breathtakingly beautiful about this young women. Her expressive eyes are a grayish-green and she has lips so naturally lush and full that they could put Angelina Jolie to shame. Her skin is the color of freshly cut wheat from head to toe. Her hair, her skin and even her eyebrows and eyelashes are a strange, pale, ghostly shade of near-white even though she is African-American, which gives her an almost ethereal, other-worldly appearance. See photos of Diandra at: (link).
Diandra has a disease called "Albinism" and is known as an "Albino". The term comes from "Albus", the Latin word for white. A person with this congenital condition is either completely or partially void of pigment. Their body does not produce or has a problem producing melanin, which gives people their natural skin and hair color. Albinism can affect people from any race and in any geographical location and the odds of being born Albino are 1 in 20,000 (Wikipedia).

In addition to being very pale, although they are as healthy as most other people, Albinos tend to have serious vision problems and sometimes have a lazy eye or "Nystygmus", which is an uncontrollable movement of the eye back and forth or the eyes rolls around uncontrollably. Their sight is often very impaired and their eyes are extremely sensitive to light.

In some cultures, people born with Albinism has been killed because they were thought to be demons or witches. Many live lives of isolation and shame because they are stared at and often teased, especially as children.

When Diandra Forrest, who grew up in the Bronx, New York, was a child and began public school, she was teased and harassed so much that her parents put her into a special school. She also has a brother who is Albino.

Well, those who teased her must feel pretty silly right about now because that child that they ridiculed for being "different" grew up to be a beautiful young woman, who is primed to become a force in the fashion world and the modeling world, make unimaginable amounts of money, travel the globe and live a lavish, pampered lifestyle that most of us can only imagine. She was discovered by a modeling agent while walking down a street.

This is one of those success stories of accomplishment, inner strength, irony and defying the odds that makes a person smile and it reminds us that anything wonderful can happen to anybody.
Click to expand...

I guess I disliked her look 2 years ago

I will probably never find her beautiful, but because of all the boring newcomers, I've grown to appreciate her strong, unique look. She photographs way better than she looks in candids and seems pretty versatile even though she usually ends up doing niche edgy/creepy editorials. 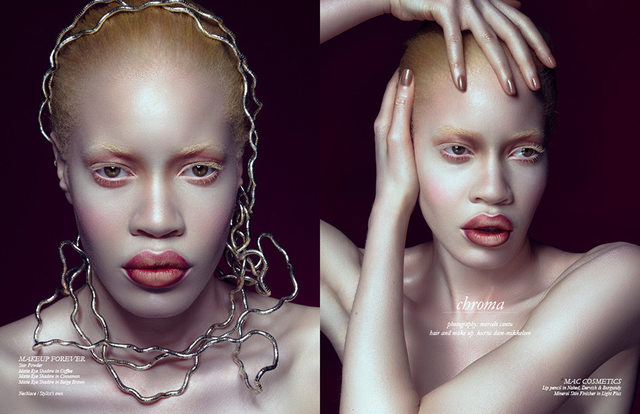 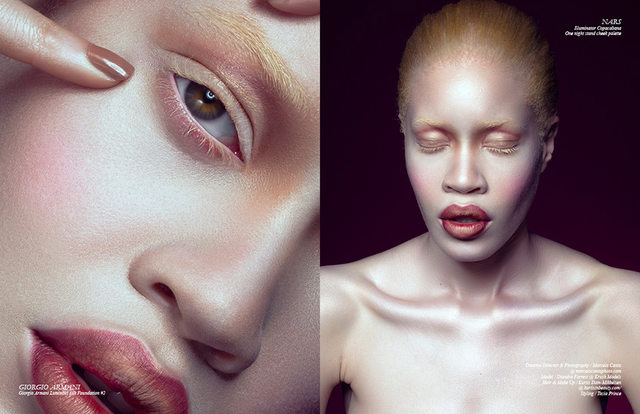 I think she looks pretty here. 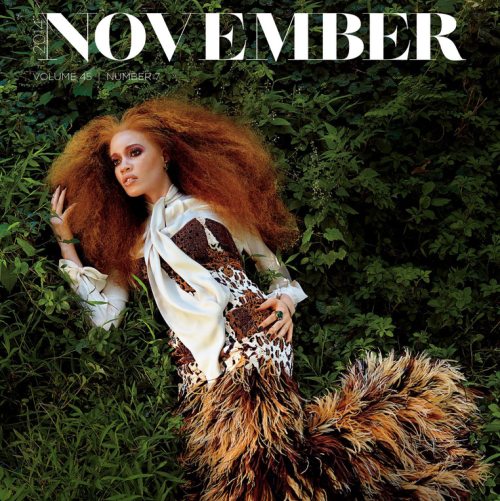 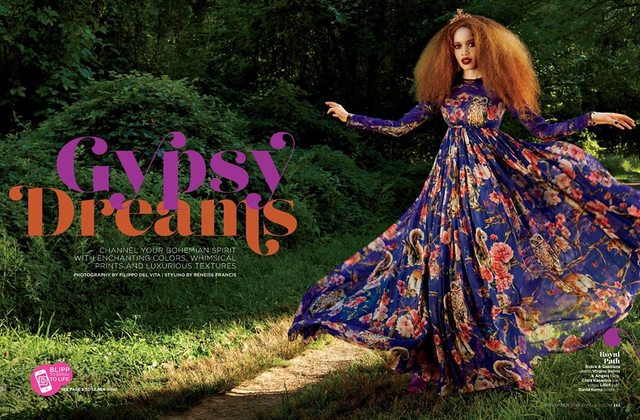 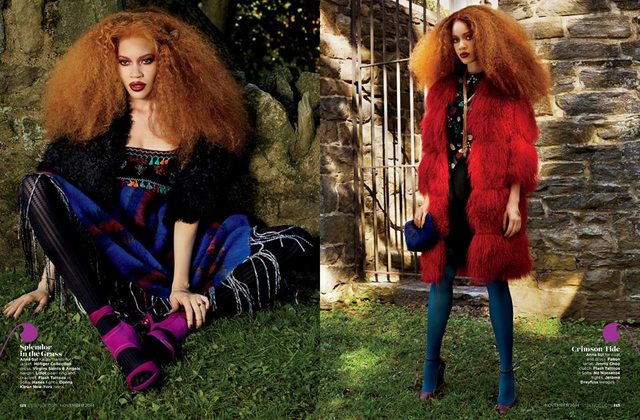 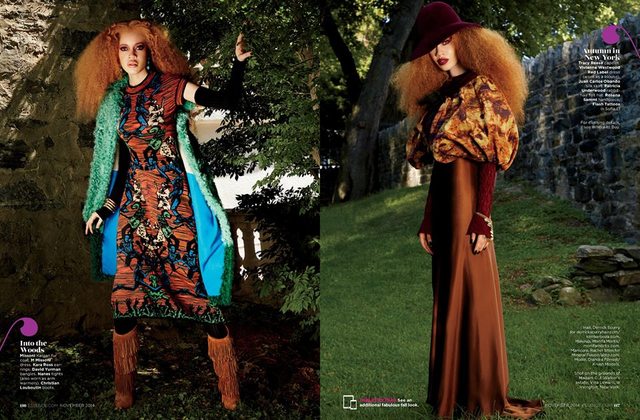 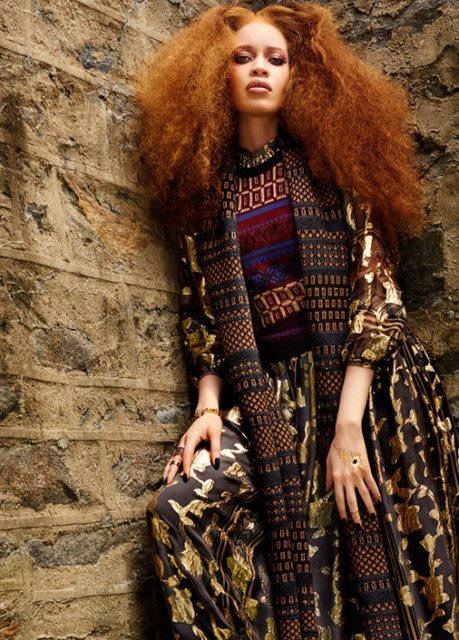 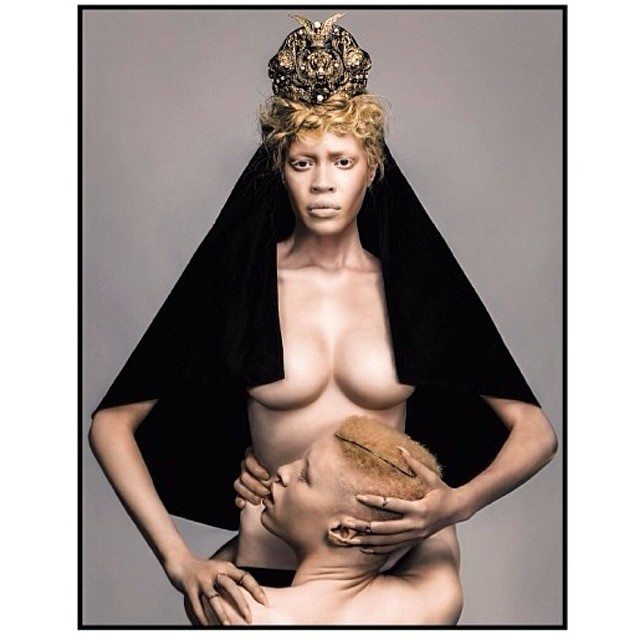 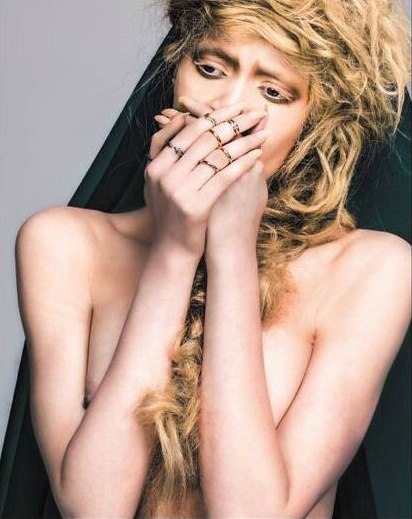 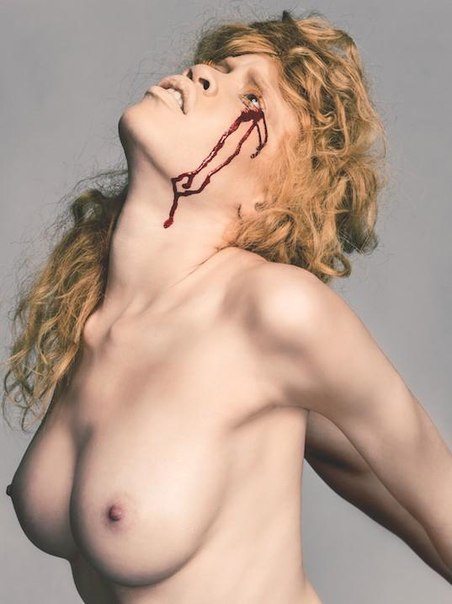 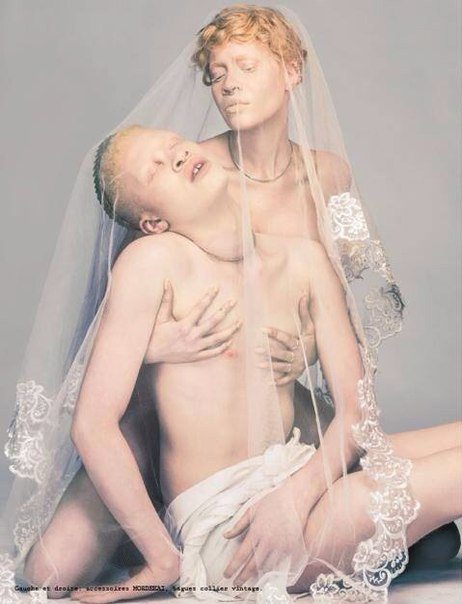 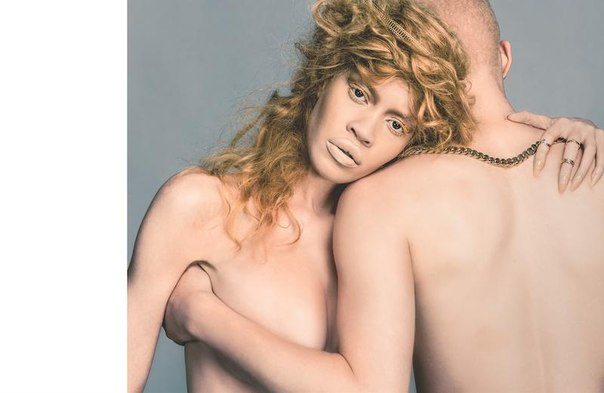 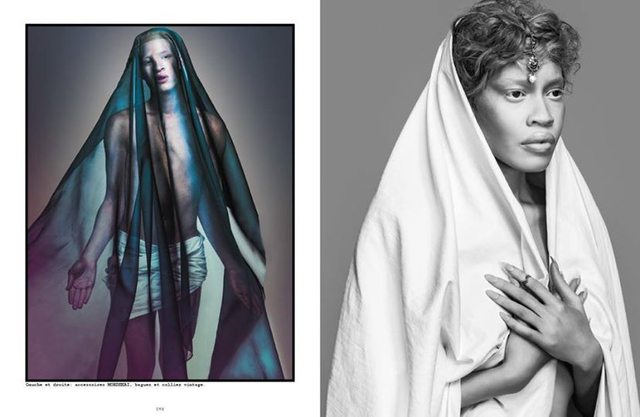 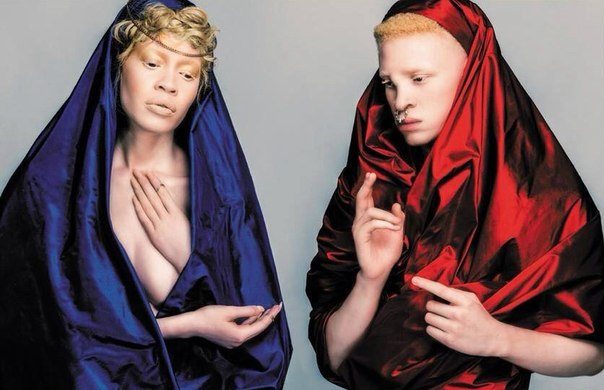 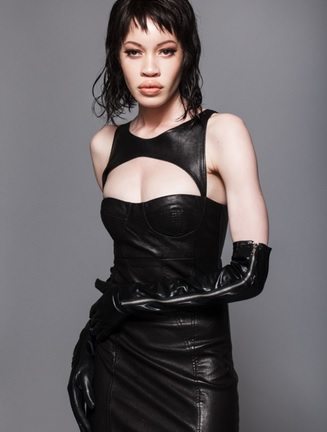 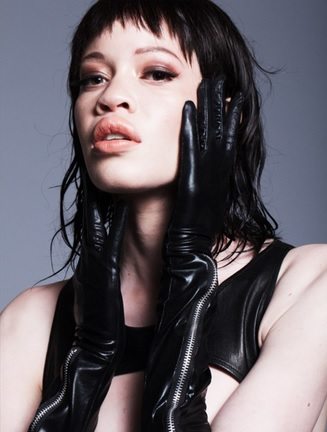 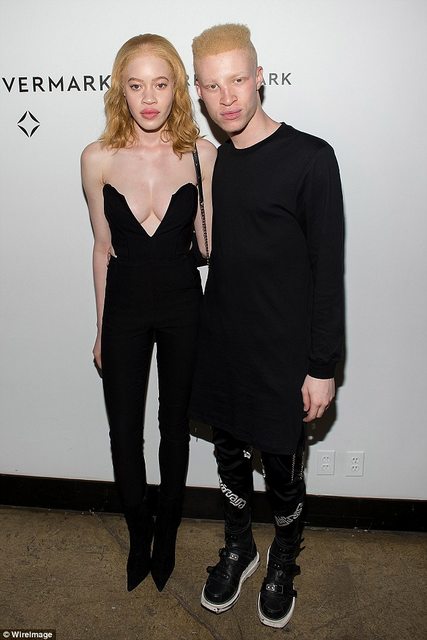 I am in absolute love with her hair. When it looked more natural and frizzy in that Gypsy Dreams editorial was just...