Hi lovelies - there was a debate going on in here that was way off-topic so (rather than deleting) I split it into a catfight thread ...

Sent from my iPad using Tapatalk

Anonymous Bullcock said:
Hi lovelies - there was a debate going on in here that was way off-topic so (rather than deleting) I split it into a catfight thread ...

Sent from my iPad using Tapatalk
Click to expand... 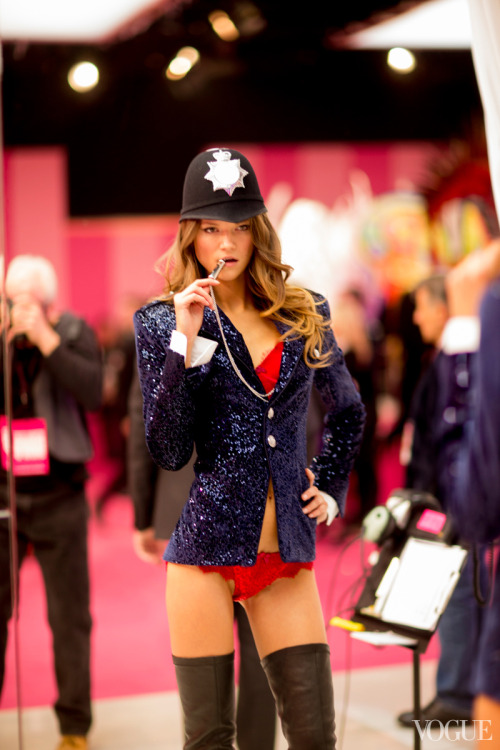 a) what is she wearing?

b) she seems so excited to be there. Just look at her face. 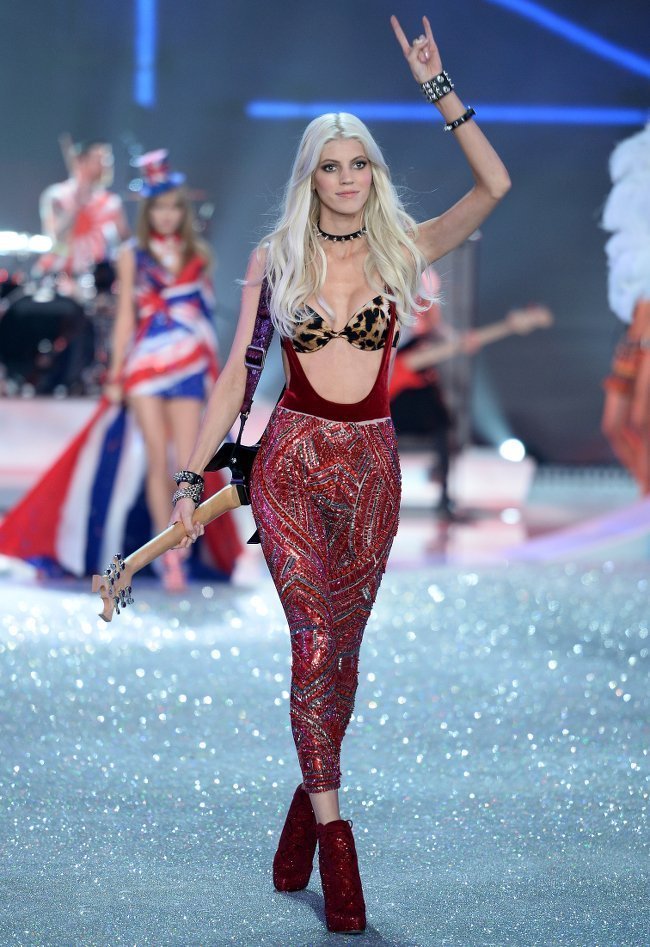 I think Devon is a pretty model and it seems to me she's getting more and more attention. Nobody knew her a year ago (at least I think!) and this year she has walked in a lot of important fashion shows and she's shooting for some campaigns too (she's doing the next Missoni campaign in Milan these days). I've read this article about her and I found it interesting because she said that she had to avoid the sun and lose weight to "arrive" where she is (sorry for my bad English): http://allaboutmodels.me/profiles/blogs/the-newface-s-s-2014-devon-windsor-by-all-about-models
Of course she's only at the beginning of her carrier, but I think that if she keeps on working hard she could have good opportunities to make it.
C 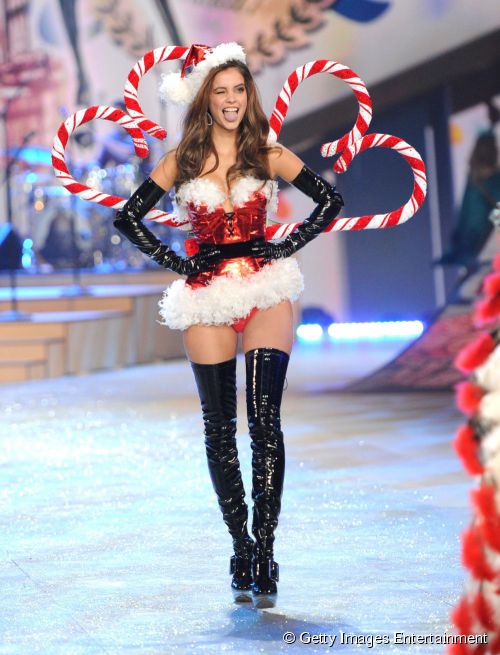 I know this has been posted a million times already, but Kasia's legs are too incredible here not to do so. I didn't even know they made boots to fit legs that long and tiny... I think I'm in love.

As always....she is damn sexy 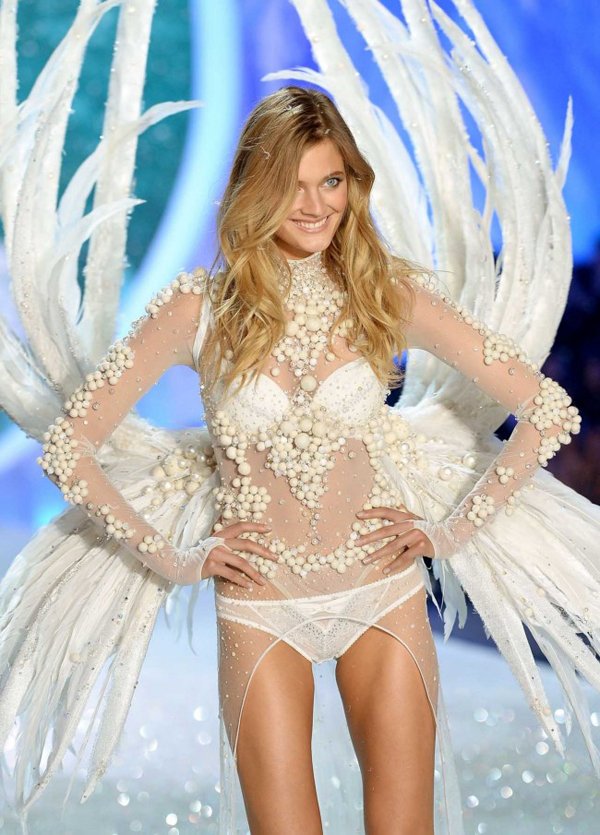 I love this one ! 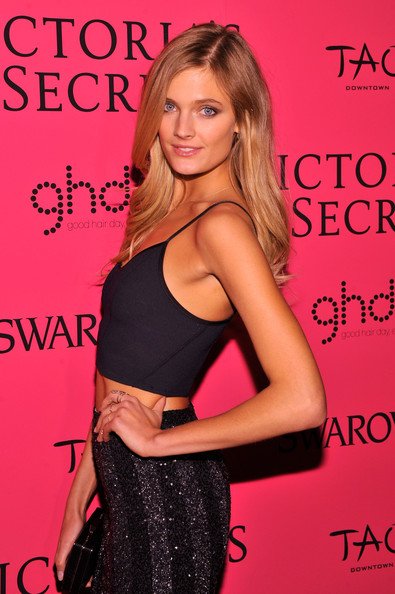 Okay so disclaimer: I was unreasonably happy today and I was working out while watching so who knows what those endorphins were doing. But I absolutely loved the final version of the show...!

I kind of realized how similar Taylor and Karlie are...both fairly insufferable, boring, ditzy, but great at their jobs. They also look similar too. But overall, I liked it!!

What do you girls think of the final cut?

RoseOfSteel said:
I kind of realized how similar Taylor and Karlie are...both fairly insufferable, boring, ditzy, but great at their jobs. They also look similar too.
Click to expand...

In Australia and can't work out where/when when it'll air here, pretty interested to see the final result! If any girls have links to live stream please let me know!
M

Did anyone watch the pre-show? It was just... Ugh. Why do they have lily as the 'backup host' for these things? Karlie was the only one who sounded like she knew what she was walking about. The rest was painful to watch.

As for the show itself.. Meh. It didn't help that Cara's walk-wobble-whoops almost fell on my ass-oh well just do a face and it will be okay- was in there.

I think Parisian nights should have opened. Candice comes in and was just.. There. She didn't add anything in my opinion. Compare that walk to Adriana's entrance in the Parisian Nights segment. Enough said.

Lais was beautiful, of course, but her intro segment was pathetic. The people who edited this made it seem like a witness recalling a murder. The intense close ups were not necessary. If I had fallen and wasn't able to do the show, I wouldn't be talking about it. It was a nice come back story, sure, but if a new girl fell at the casting, she wouldn't get booked.

The pink segment was so tacky. If their key audience is college students, why would they advertise that way? What women in college wants their boyfriend to slide up their skirt to find a glittery thong with emoji's plastered all over it? Not to mention the 'pink girls rule the world' top. Kind of a mood killer.

Overall, it was okay. It was worth the time to watch it for Kasia, but the other girls did not amaze me. I didn't have the highest expectations, so it wasn't a let down.

MaigreToujours said:
The pink segment was so tacky. If their key audience is college students, why would they advertise that way? What women in college wants their boyfriend to slide up their skirt to find a glittery thong with emoji's plastered all over it? Not to mention the 'pink girls rule the world' top. Kind of a mood killer.
Click to expand...

The pink segment made me cringe. What were they THINKING?

I think my favorite was the "snow angels" segment. Oh, besides Karlies Outfit

Not going to lie I thought the whole thing was pretty darn crap.. it's been the same the last 3 or so years and I have a real issue with Candice's nose therefore the constant shoving of her down my throat makes me cringe ever more than those emoji underwear!

Sent from my SM-N9005 using Tapatalk

During the Shipwrecked segment, when the angels pretended to be stranded on an island or something...I LOL'd when Behati said "I can make a fire, I'm from Africa!"

Also as far as the PINK segment, I really think they are rebranding that to a much younger audience, the pre-teens/tweens. Hence the emoticons and general sense of immaturity. A bit creepy to see the results on adult women though!

The show was cute. Standouts for me were Karlie (except for the Snow Angels outfit, I still hate that outfit), Joan, and Sui He. Kasia, though I'm not a fan of her look, was def the skinniest there though. 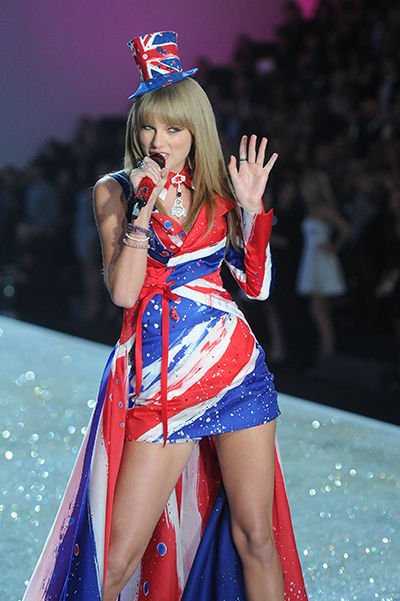 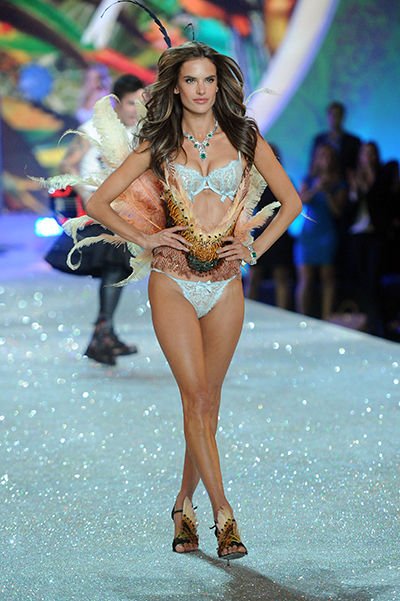 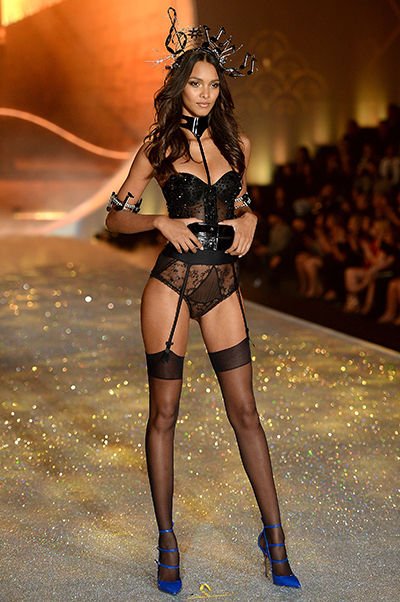 I love Doutzen, but she just looks like SUCH a rectangle 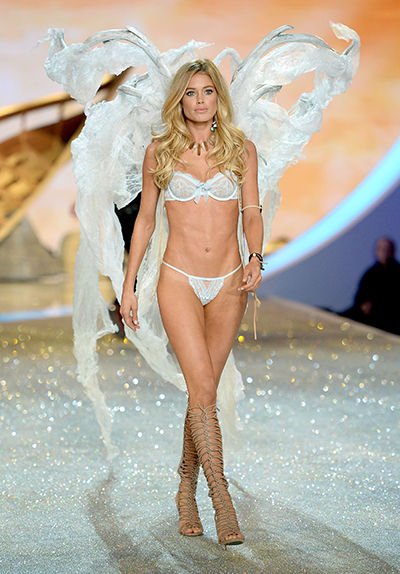 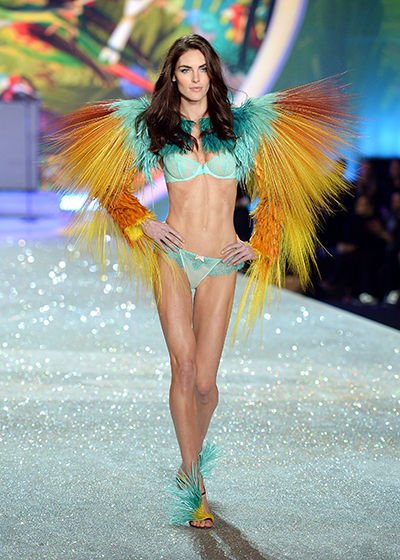 Magda made me want to cry, Erin looked horrendous (facially and especially body-wise), Lily looked cute, Adrianna looked better than she has in a lonnng time, I really dislike Barbara Fialho's face - her eyes are just so odd, Candice was bigger than Taylor Swift

Two good points:
1- they have stopped the whole "let's make it like a circus thing" with dancers and gymnasts all over the runwway. I might start to look like fashion show again.
2- Kasia's walk.