Butternut said:
All I wanted to say was that I would have loved to see more black girls on the list because I felt like they just added a few dark-skinned girls to seem more multi-cultural, and most of those were mixed.
Plus they all looked sort of similar, while my friends have completely different features. A girl from Congo looks completely different than a girl from Sudan for example.
Click to expand...

I only saw your post after I posted my ramble, and I can no longer Edit it. To get back OT, I agree with your point about this list specifically as well.

There does seem to be a sameness between non-white girls on the list, wherever they may be from and whatever their heritage may be.

Though, I would not hold much stock by this list regardless, as it is quite whack in general (Kate Upton, really, really? If it was a 'Tittiest Tits' list I would nonetheless beg to differ her placement, but I could see where they'd be coming from. But the most attractive FACE? What, amongst pig-kind?)

asuka said:
Well, I admit I made the comment in a lazy way, I should have explain exactly what was on my mind.

@Golden ice:
In your comment that I quoted, you said "I mean, look at the black/ethnic proportions on runways - there aren't that many, and many of those that are have white features". This is what prompted my message. From this I understood that you share/use this mainstream way of describing every "black/ethnic" models on the runways by saying that they possess white feature.

In the fashion world a black girl with who doesn't regroup the somewhat cliché features attributed to women of african decent "Big nose, big lips, big ass..." is said to have white features. You know the phrase, a black model should look like "a white girl dipped in chocolat".
So when I said "An African girl has african features" I was trying (lazily) to raise awareness to the fact that among those black/ethnic model some of them were 100% african (no caucasian ancestry) and well those so called "white features" did not make sense.
Click to expand...

What I said was "many of those that are have white features", not all of them. Yes there are some that are 100% african and that don't have those features, I was just making the observation that there aren't that many of them. I mean, it isn't really an opinion, it's just how things are at this moment in the fashion world. I wasn't saying it should or should not be the case, I am simply stating how it is from what I've observed.
Last edited by a moderator: Aug 16, 2014

There are some lists/polls which are useless/ making no sense. This list is one of them.

oferta said:
There are some lists/polls which are useless/ making no sense. This list is one of them.

I don't think so.

When these lists are made they try to please the cheesy public but also the more "elegant" people - like us. They put aside any biases that take place and construct a somewhat balanced countdown that could please both ends.

Obviously Kate Upton is rotund and the furthest thing from a woman with class.
Chloe Grace whateverthefuck is a complete idiot and is too young to even know it.
Jennifer Lawrence has the mouth of a sailor and flips the bird in public.
Mila Kunis literally looks like an angry bulldog when she's not wearing makeup.

Obviously these women are not beautiful to us because they're so disgusting with their actions and words and for whatever reason they all insist of being fat. But the fucking public likes that shit and The Independent Critics want people to actually view this list, so they throw in a little bit of both... because I must say, some of these picks are absolute babes.

and Marion Cotillard is worthy of #1 a thousand times over.

I'm glad they at least left out KK, most of the angels, mid aged actresses like Aniston and Cameron Diaz, Miley, Spring Breakers (I'm ignoring the fact that Selena was included...) etc.

I thought it was a decent list. I could make a list of the actual 100 most beautiful women in the world, but nobody would read it and agree, apart from you lovelies

espressoenthusiast said:
Selena FUCKING Gomez is ahead of Natalie Portman...... 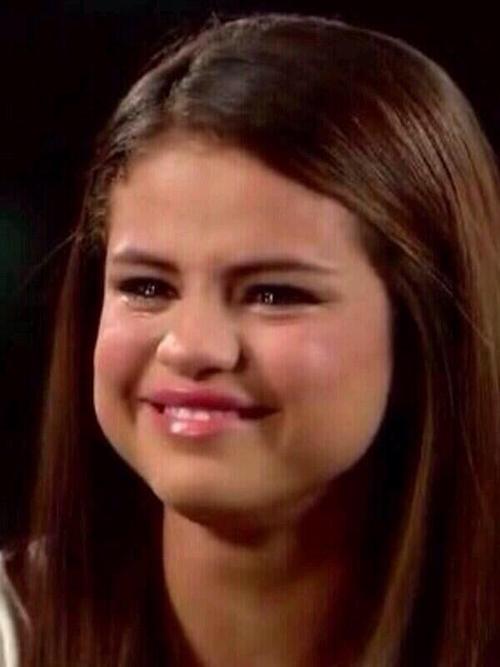