Once Upon a Time

I was wondering if you watch and like this show?

I love fairy tales with a twist, so it suits me, even though it wants us to suspend disbelief even more than you would expect from such show.

The cast is great, too 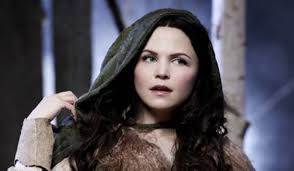 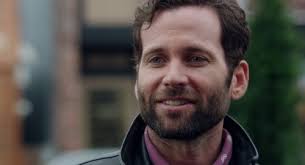 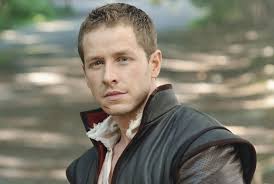 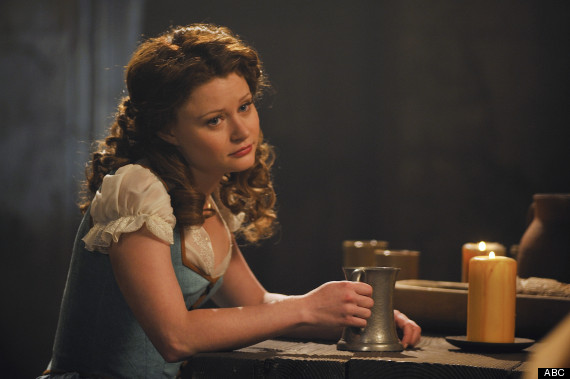 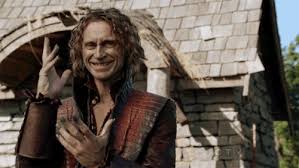 I love this show! At first I was like "a drama about fairytale characters? "
but I love the cast and the story lines are quite interesting.
J

I watch and LOOOOOOVE it....

I really really love this show! I haven't been keeping up as of late however. I need to catch up! I heard the season finale was phenomenal!
R

I love this show but unfortunately I havent been able to see the last few episodes. Sadness!

it only just started in australia, but i love it

i love how it mixes up fantasy and reality and builds a bridge between them, its such great subversion, its so different, such a great plot idea

and is it just me or our tv special effects getting better and better?
E

I'm in love with this show, but I feel guilty for it. Definite "junk food" television.
S

I love this show too Though the dialogue....definitely makes me want some wine to go with the cheese.

Rumplestiltskin is my favorite too. He's such a quirky, over-the-top character, he makes the goofiness really work in a dark way.
E

@Stazie, agreed. I'm not a fan of Jennifer Morrison in the role, I think she's a bad actor. Rumpelstiltskin/Mr. Gold is my favorite character, and I love Belle. I can't wait to see more of that story line.
Last edited by a moderator: Aug 16, 2014
A

I forget.. what did Snow do to the Evil Queen that she hates her?
L

AmorFlaco said:
I forget.. what did Snow do to the Evil Queen that she hates her?
Click to expand...

They have a whole epidsode which explains the reason, so if you want to wait, please stop reading the rest of this reply.


The Queen hates Snow, because she blames her for the death of her one true love.

In short, the Queen saves Snow from a runaway horse, when Snow was a young child. Snow's father, the King, wants to marry the Queen (not a Queen at this time), but the Queen is in love with a stable-hand (I think that's what he was). The Queen tells the young Snow the true identity of her true love and asks her to keep it a secret because they plan on running away together, because she marries the King.

The Queen's mother, who is extremely ambitious finds out, finds out her daughter's plan from Snow and is now determined to stop her. The Queen's mother ends up killing the stable-hand and finds out that her mother knew because Snow told her, which is why the Queen blames Snow for the death of her true love.
A

Sorry, another question. I've spent literally the whole night catching up on this show and unfortunately I've seen the first several, but some later on had expired, now I'm watching all of them.

So, I'm on episode 22. Who is that girl who they freed from the cell? Did we learn about her from an earlier episode? Or will the explanation of who she is come up later on?
A

No worries! Yes, the last episode is 22. The girl that was released from the cell is Belle (Beauty and the Beast) and she was the one who Rumplestiltskin fell in love with.

Belle and Rumplestiltskin was explained in an earlier episode, I can't remember which. But I *think* that Rumplestiltskin had saved Belle's city from war and as a prize from kingdom, he asked for Belle. Belle ended up living with him as a maid and they eventually ended up developing a friendship, which then turned into love. However, Rumplestiltskin couldn't believe that she could love him because of the way he looked and ended up casting her out of his home. On her way back to her original kingdom she ran into the Queen and from there, I assume she took her captive. The Queen ends up lying to Rumplestiltskin saying that Belle's kingdom treated her like a pariah and she died sad and alone.
L

I've never watched it, but it sounds like my kind of thing So I'll certainly check it out, thank you

I love this show! sometimes I think Emma needs to wear looser pants though, she can't really walk properly in the ones she wears now. That's really my only complaint though
A

I love this show, all the explanations as to why the characters are the way they are make it more fun than the original stories. My favorite character, Ruby. Who doesn't love a bad ass wolf?

I've been meaning to check this show out! I love fairytales so very much.

LOVE THIS SHOW. Oh my gosh, I started watching it, but then sort of stopped. But then, I got in when it came out on dvd, and watched the whole season in 1 day

Now I am watching season 2 online

I love this show so much! I haven't been paying attention this season though, I don't know why, mostly cause I don't want to make my roommate watch it since I'm sure she thinks its sort of weird. This is def one of those shows you can't really just come in and watch any episode. It's like you gotta watch from the beginning to learn who everyone is and why they are how they are or else someone is going to have to explain it (and the explanation always sounds silly for some reason).
Show hidden low quality content
You must log in or register to reply here.
Share:
Twitter Reddit Pinterest Tumblr WhatsApp Email Share Link
Top Bottom