So, as part of my attempt to improve my German I have been watching lots of German series/films and came across this one which is really thrilling: 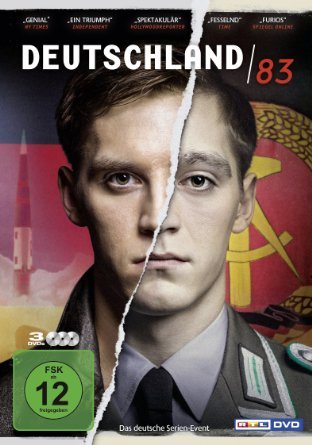 Set in a divided Germany in 1983, during a peak period for Cold War tensions between East and West. Martin Rauch, a wide-eyed 24-year-old East German soldier plucked from obscurity, goes undercover as a West German soldier for the East Germany Secret Service.

Here's the trailer for the show:


The performances are good, the plot is exciting and the music used in the show is GREAT (if you are an 80's kid you'll love it!). Also, Jonas Nay (who plays Martin/Moritz) makes for interesting eye candy, even though his wonky eye kind of freaks me out sometimes... but he has a habit of being recurrently shirtless or naked in the show, so, yeah... recommended!
Reactions: 1 user

I've heard about this show and I'm quite intrigued, my parents have been watching it but I never got round to it...though if it's this good I definitely will.

chicbones said:
I've heard about this show and I'm quite intrigued, my parents have been watching it but I never got round to it...though if it's this good I definitely will.
Click to expand...