I love this woman 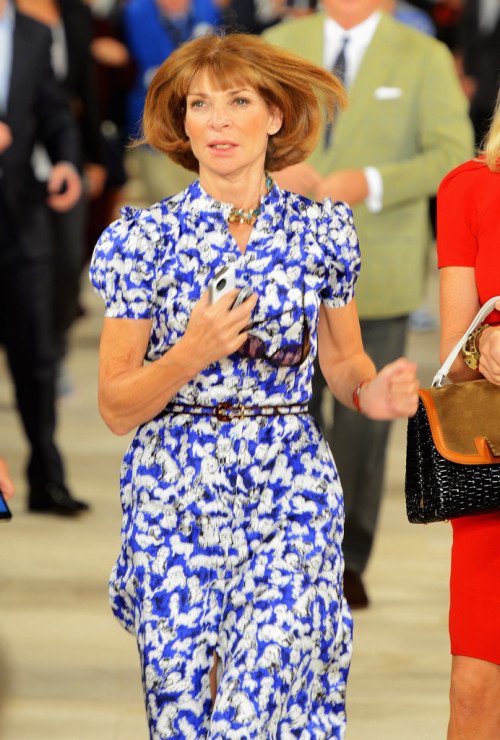 Anna Wintour, editor-in-chief of Vogue magazine is seen here dashing out of the W. 39th St. venue where Francisco Costa’s Spring/Summer 2013 Calvin Klein Collection was presented. The infamously harsh Brit stormed out of the show in the middle of the show’s finale, later claiming that the plainness and boring silhouettes in the show made her “light-headed and nauseous - as though I was about to pass out. It almost felt like a panic attack.” But why the overt physical reaction? “Francisco’s last collections at Calvin have been outstandingly brilliant. This season was, and pardon my French, an absolute piece of ****.”

Wintour was quickly followed by her bodyguard and gaggle of personal assistants who stood behind the exclusively select crowd of attendees. Outside she was seen gasping for air as her entourage tried to shield her from prying paparazzi. “I haven’t seen her get this way since last season’s Alexander McQueen in Paris. It was awful. This is awful,” stated Wintour’s close friend and Vogue Editor-at-Large, Andre Leon Talley. After the McQueen show in Paris last march, Wintour was reported to have threw up paté all over dear friend Hamish Bowle’s satin trousers.
Click to expand... 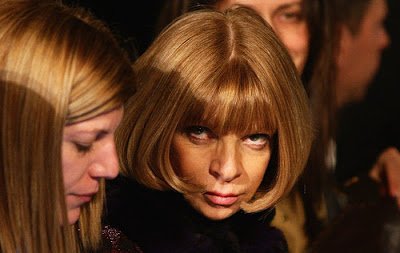 Some bitches don't like me. If you're one of those, then: 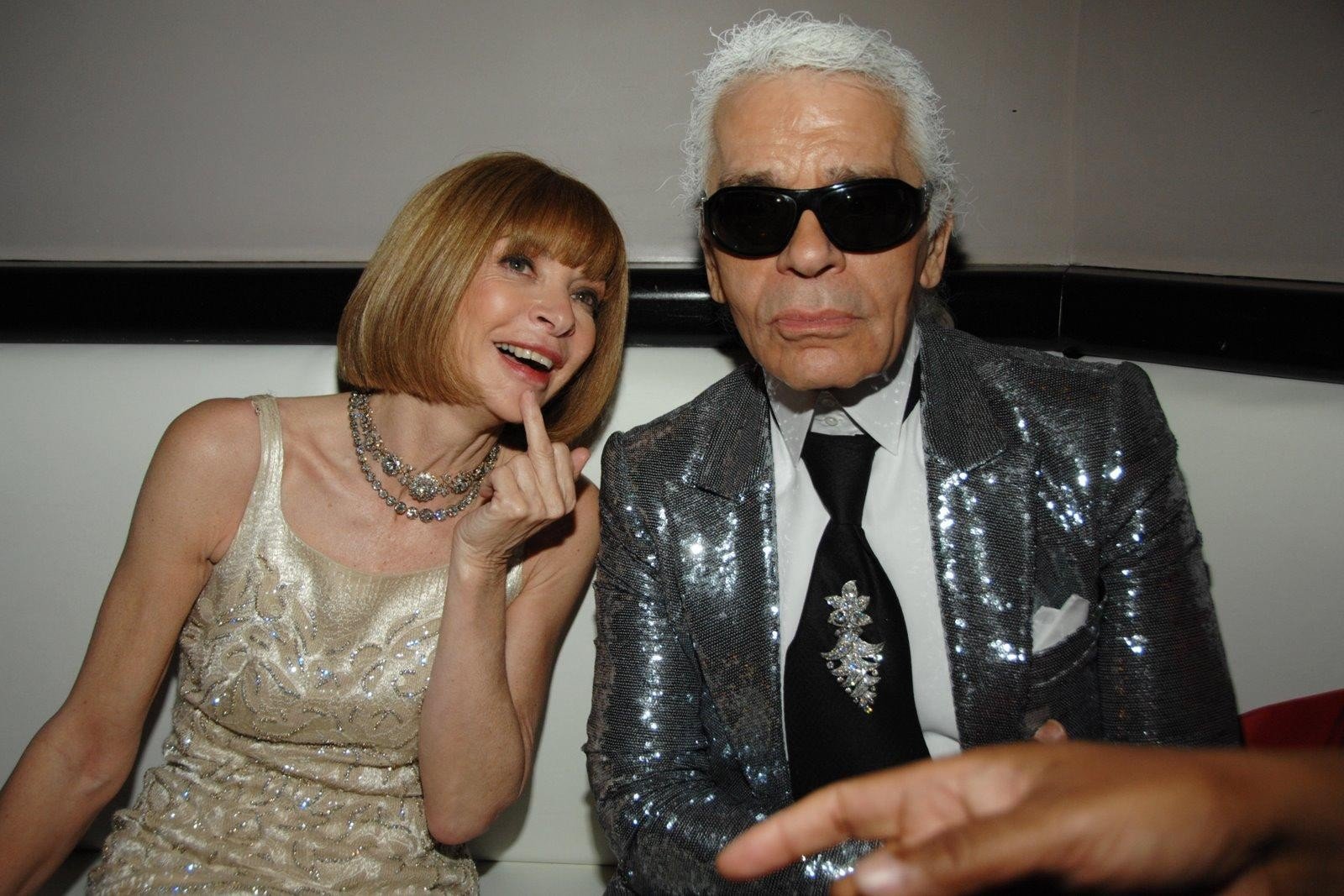 I have mixed feelings about Anna Wintour.

First of all, I love her for being so honest. If she likes something, she says good things about it. If she doesn't, she says bad things about it. She's not one of those fake sweet cookie-cutter indirect people who annoy me so bad. Sweet people are awesome, but I'd rather be a true bitch than a fake sweetie. Her honesty and no-nonesense, yet very classy and graceful personality is admirable. And that makes her sound like such a great boss. I would love to intern in Vogue. And she doesn't seem as bad as she's portrayed to be (*cough* The Devil Wears Prada *cough*) 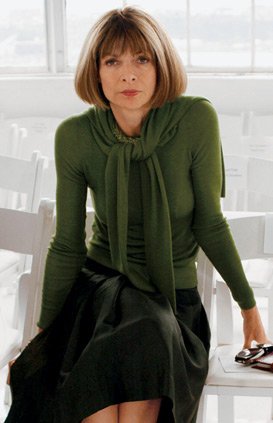 Second of all, she's a style icon to me. I know sometimes her style can be boring, but she truly knows how to be elegant and sophisticated 24/7. 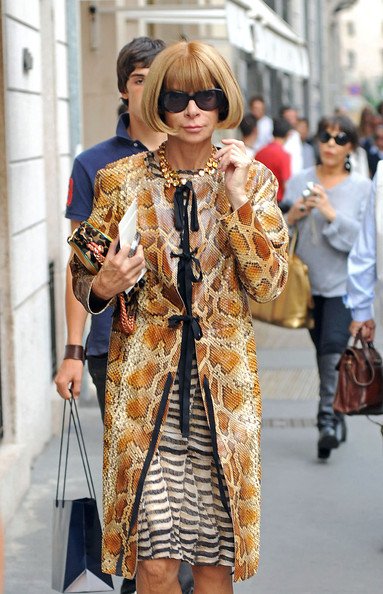 Third of all, can we say PETA HATE??? I love her for sending roast beef to some PETA protesters outside the Condé Nast offices.

Damn, I hate PETA too.

But then again, there are things I dislike about her.
For example, the fact that she puts celebrities that don't even deserve it on the cover. I mean, Adele? Rihanna? J Lo? Seriously??? I'd rather have one of her overused favorite models (the only ones I actually like are Karlie and maybe Liu. I don't mind Joan and the industry does need more black models. But please no Arizona). Sure, they are everywhere, but it's better than celebrities that make Vogue seem like a gossip magazine.
I mean, I'm a Gaga fan but what the hell is this crap and why is it on the SEPTEMBER issue and the 120TH ANNIVERSARY???

Also, what does she see in Arizona Muse? I absolutely can't stand the fact that she's an Anna favorite because that means loads of success and that means that we have to see her everywhere. Thank God she's fading.
Just... no! 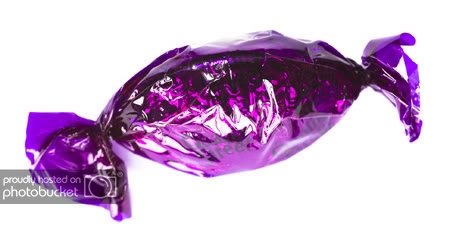 The one nobody wants to eat 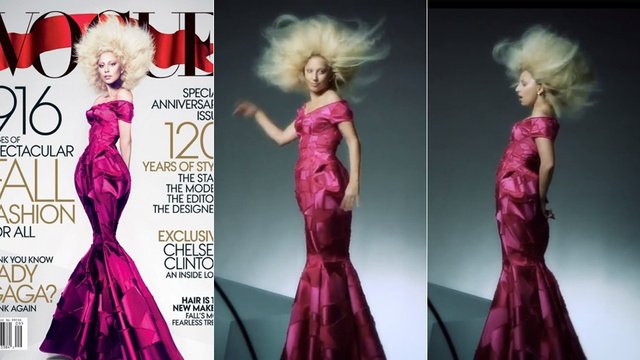 the glory of photoshop

the one on the right...
she looks like a pregnant 10 year old with funky hair wearing her momma's dress
I

Love Anna Wintour. Actually, I just bought The September Issue on DVD because I just love watching her at work.

How precious, a poor CK collection makes her hyperventilate? I wish I could have her problems!
E

"The infamously harsh Brit stormed out of the show in the middle of the show’s finale, later claiming that the plainness and boring silhouettes in the show made her “light-headed and nauseous - as though I was about to pass out. It almost felt like a panic attack.” But why the overt physical reaction?"